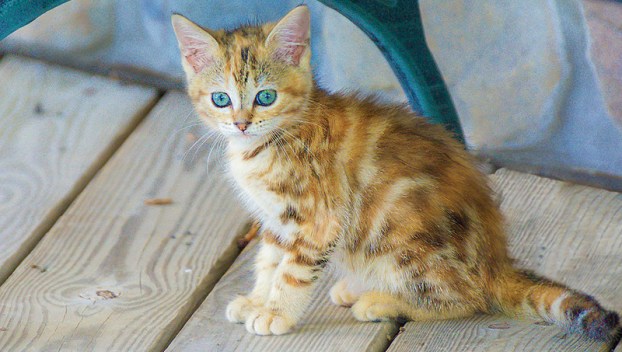 City Manager Bobby Roberson, during the City Council’s Nov. 6 meeting, briefly discussed the issue. In September, Councilman Doug Mercer said he would like for the city to revisit the effort to feed feral cats in downtown Washington. In 2012, the city established a policy that governs that feeding program. Mercer said it’s time to evaluate that policy and its effectiveness.

“We did do some research. We don’t have all the information from the new organization. It was formerly the Cats About Town. The name of that organization is now the Feline Outreach of Beaufort County,” Roberson said at the Nov. 6 meeting. “We did send information to them, and they were supposed to respond to the information. We haven’t received that yet. We will bring you an update at the January meeting about our responsibilities about cats in the central business district.”

Roberson said the organization has not filed required reports listing its activities, but is the process of providing those reports.

Mercer said the organization working with the feral cats is required to file an application with the city each year to continue its work.

Mercer said he does not believe the council has been making the annual renewals.

The prohibition includes all city-owned parks, facilities, boardwalks, roads, easements and rights of way including, but not limited to, the following areas:

Exemptions may be allowed provided the group or individual provides the following information to the council:

By the numbers: A look at the City Council election

In the 11-person race for the five seats available on the Washington City Council, four incumbents and one newcomer claimed... read more