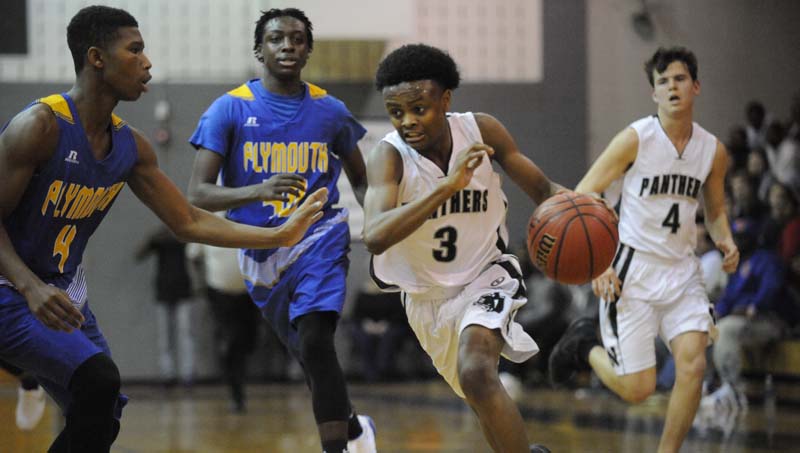 Rashod Smith drives through a plethora of Plymouth defenders.

PINETOWN — After consecutive thrillers between Northside and Terra Ceia, the Panthers and Plymouth lived up to the hype with a competitive championship game Wednesday in the Northside Holiday Tournament.

There were 14 lead changes in the first three quarters, but Plymouth’s narrow advantage in the paint helped it pull away for an 82-69 win over Northside.

“We’re slow in the post. We’re trying to find somebody to give us a little quickness in there,” coach Mike Proctor said. “We had some guys that hadn’t been out there a lot, and it hurt us. We gave up some open shots.

“We had a good turnout. The fans were good. I just wish we could have upheld our end of the deal a little bit better, but it was fun. It’s a fun tournament.”

Spectators could see it developing. Rashod Smith completed a 3-point play, and Trey Turner finished a layup through contact to give Northside a 55-53 lead early in the fourth quarter. Plymouth’s post players began gaining footing in the interior, though, and that spread things out for the Viking sharpshooters.

Ta’Quan White and Cedez Norman knocked down 3-pointers, and others took advantage of easy looks inside to take Plymouth from trailing by a shot to leading, 67-57. As close as the game was, a 10-point lead over halfway through the fourth quarter felt almost insurmountable.

“We rushed some shots,” Proctor said. “I don’t think we took our time and got as good as shots as we could.”

Layups by Norman bookended a spur of nine unanswered points that pushed Plymouth’s advantage to 78-61 and essentially clinched the tournament crown. Defensively, playing a lot of zone was a risk Proctor said he felt the Panthers needed to take. He wanted to force the Vikings to make shots from the outside, which they did.

“I knew (White and Aryn Gibson) could shoot it. I knew they had a couple of shooters, but we wanted to close out on them better,” Proctor said. “Maybe we got tired. We got to where we didn’t close out on the corners.”

Northside thrived with its usual run-and-gun style for most of the game. Johnathan Clark, upon checking into the game for the first time, converted on a layup after a dish from Smith. Braeden Cooper nailed a triple from the corner — his first of four made 3s from the spot — and Bryson Radcliffe hit a layup to give the Panthers an 11-7 lead. It also forced a Viking timeout nearly five minutes into the game.

Plymouth led by as many as seven points in the second quarter, but the hosts clawed their way back. Northside got treys from Smith, Clark and Cooper in quick succession to knot the game at 27 apiece. The Panthers finished the period on a 10-2 run to take a 31-29 lead into halftime.

Northside’s lead grew to five after Cooper began the second half with another make from behind the arc. That was as much as the Panthers would lead by, though, and there were nine lead changes in the third alone.

Northside, only having lost its second game of the campaign, will host Tarboro on Jan. 2. 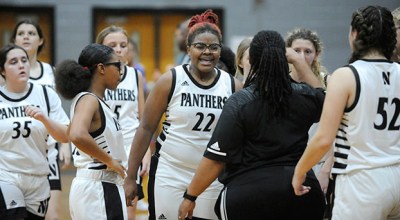 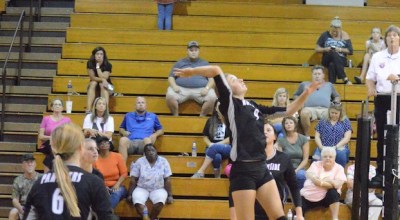