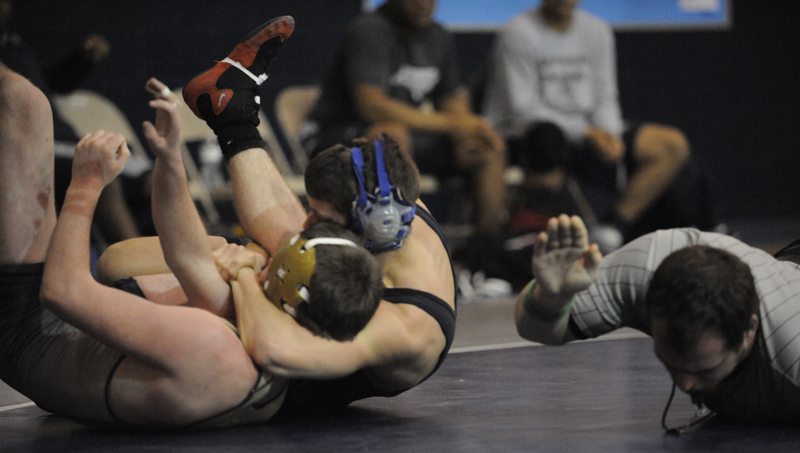 Carson Asby gets his dual-team playoff opponent in pinning position. Asby finished third in the state in his weight class.

Asby won his first two bouts before falling to runner-up Landon Shuford in the championship semifinal. He won a narrow decision, 4-3, over Preston Scarborough in the consolation semifinal to punch his ticket to the third-place match. Asby disposed of Dixon’s Devin Gerena with a 7-2 decision to finish third.

Ferguson also won his first two matches, but was pinned in the championship semifinal by eventual champion Allen Pyatte. He picked up a fall in the consolation semifinals before coming up short in his third-place match with North Lincoln’s Jonathan Si Hilton.

Henry Jennings, Mitchell Cobb and Logan Nichols all were defeated in their first-round matches. Washington finished tied for 15th as a team with 32 points.