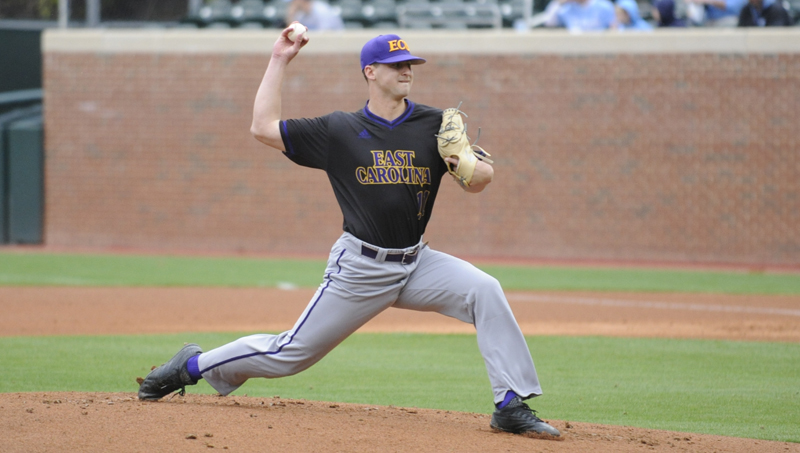 Chris Holba throws to a Tar Heel batter on Sunday.

CHAPEL HILL — East Carolina took 2-of-3 against sixth-ranked North Carolina in the first weekend series between the two foes to earn a No. 18 ranking by D1Baseball. The Pirates romped the Tar Heels, 12-0, in Chapel Hill to take the series.

National rankings aren’t unchartered waters for the Pirates. Head coach Cliff Godwin remembers winning a series at Virginia — ranked fourth in the nation — in the second weekend of the 2016 season.

Then ECU fell in extra innings to Elon that following Wednesday.

“We’ve just got to take it in stride. Two years ago, we went up to UVA and kind of did the same thing, then laid an egg against Elon,” Godwin said. “We didn’t play well at home. Our mantra has been ‘be where your feet are.’ I want our kids to enjoy it. They earned it. It’s a big win.”

On Sunday, ECU got on the board in the top of the fourth. It used timely hitting that eluded it in the one-run games in Greenville and Durham. Spencer Brickhouse drew a two-out walk, and Connor Litton was hit by a pitch. Chandler Jenkins drew first blood with a single to left field that plated Brickhouse.

Jake Washer blew the inning open with a two-run triple to left-centerfield, which forced Rodney Hutchison off the mound for UNC.

“We just stuck with what we believed in and what we’ve been working on,” Washer said. “It worked out. We knew it would at some point.”

ECU, already leading 4-0, added another pair of two-out runs in the seventh. Bryant Packard reached via walk. He and Brickhouse came around to score on a strange sequence. Brickhouse singled off of the pitcher. Tar Heel third baseman Kyle Datres kicked the ball into the warning track trying to field it. Packard scored when Datres, after chasing the errant ball down, had it slip out of his hand and into the stands.

Then Brickhouse came in on a passed ball to make it 6-0 heading into the final two frames.

The Pirates got three hits and two more UNC errors to score five more runs in the eighth.

The Sunday-afternoon shellacking was a stark contrast to the nail biters that preceded it. The opener in Clark-LeClair saw Trey Benton and Tyler Smith combine to shut down the Tar Heel bats. Benton rolled through six innings and amassed a career-high 11 strikeouts. Smith earned his first save as he allowed no hits in the final three frames.

The scoring in ECU’s 2-1 win on Friday was condensed. The Pirates had Washer and Jenkins lead off with a single and a double, respectively, to put two in scoring position with none out. Washer scored on Litton’s groundout RBI, and Jenkins came in thanks to Drew Henrickson’s single through the right side.

UNC was able to grind out a run in the top of the third, but both sides were quiet from there on out.

UNC jumped out to a 3-0 lead midway through the third Saturday in Durham. ECU responded with a four-run fifth highlighted by Brickhouse’s three-run bomb to center. It gave the Pirates a short-lived lead as Datres led off the top of the sixth with a solo shot to left field. UNC found the decisive run in a 5-4 win in the top of the seventh.

ECU now sets its sights on a visit from Old Dominion Wednesday before this weekend’s LeClair Classic. The Pirates will face Pepperdine, Missouri State and St. Joseph’s in this year’s event honoring the team’s late coach. 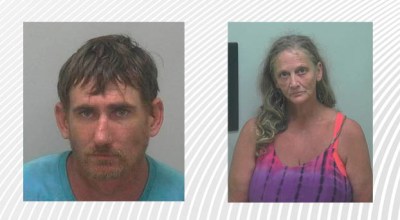 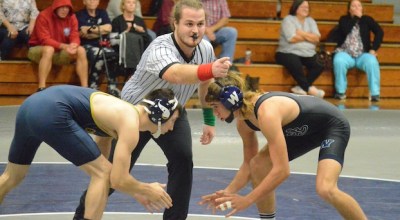