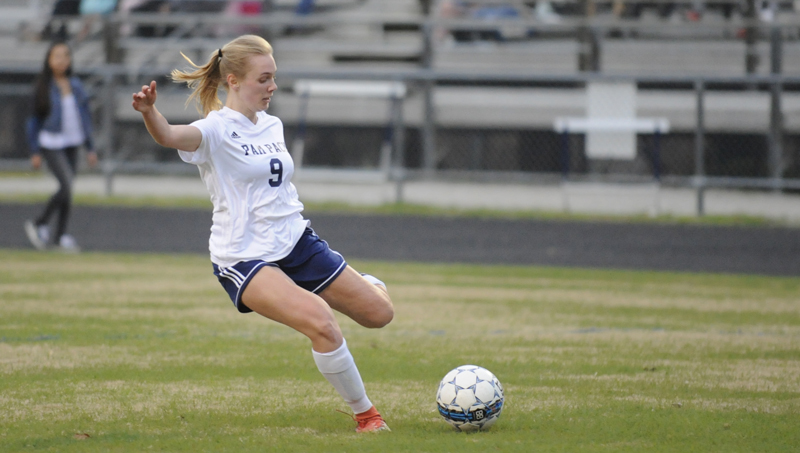 Turner Brown pulls his swing back on a pitch at UNC earlier in the season.

GREENVILLE — East Carolina shutout Maryland twice en route to a three-game sweep this past weekend. The Pirates won 4-0 on Friday and Sunday with an 18-4 clobbering sandwiched between on Saturday.

Trey Benton and Ryan Ross combined for the shutout in the series opener. The Terrapins collected 10 hits off of the Pirate duo, but left nine on base. With a 3-0 ECU lead, Maryland threatened when Nick Dunn led off with a double, but Jake Washer caught him trying to steal third base.

Bryant Packard and Turner Brown — both returning from injury — combined to bat in all four Pirate runs.

ECU scored in each of the last five frames Saturday — including a six-run eruption in the bottom of the fifth — to blow past Maryland, 18-4, to take the series. Brady Lloyd had a career-best five hits and scored five runs in the win.

“Our guys had good approaches (Saturday) and put a lot of pressure on their starter,” head coach Cliff Godwin said. “His stuff didn’t seem too great when he was in the stretch, so once we got guys on, we started hitting balls hard. We have depth on our team that really can hit anywhere in the order.”

Chris Holba toed the rubber for the first 5 1/3 innings. He allowed a pair of runs (both earned) on seven hits and a walk while striking out five. Austin Covers was tagged for two after replacing Holba, and was yanked after two outs. Sam Lanier, West Covington and Zach Barnes each threw an inning of scoreless ball.

ECU got the jump on the Terps with a run in the bottom of the first on the way to a 4-0 win on Sunday. Tyler Smith rolled through almost six frames in which he scattered six hits, a walk and fanned seven.

Ross took over from there. He mowed down the last 10 batters, striking out four of them, to seal the win and earn his second save of the season.

Packard drew first blood after leading off the bottom of the first with a single through the right side. He moved to third on a pair of Maryland errors before coming in on Brown’s groundout to second base.

ECU went on to score in the sixth, seventh, and eighth innings to pull away. Packard and Connor Litton each had two hits.