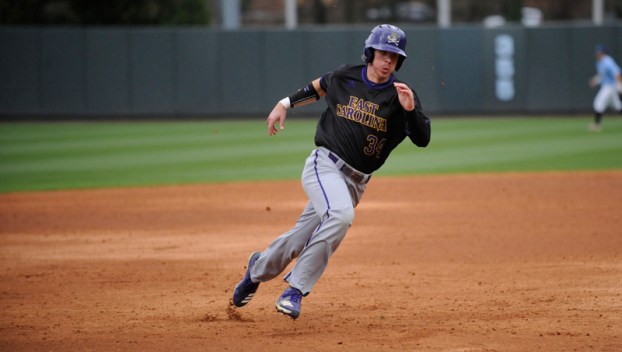 ORLANDO — East Carolina, winner of its last four games, begins the thick of its schedule this weekend. The Pirates travel to Central Florida to begin American Athletic Conference play.

ECU lined up some top-notch non-conference competition. It scheduled the program’s first-ever weekend series with North Carolina, which it won. The Pirates hosted a ranked Missouri State team in the Keith LeClair Classic.

Each game matters. For the Pirates, though, these conference matches have a little more weight behind them. They won the AAC tournament title in Cliff Godwin’s first year. After falling way short of the bar Godwin had set last season, they made it to the title game again last season, and a first-place finish is among the items on ECU’s checklist in 2018.

It will be a tall order. ECU is one of six teams in the AAC with a winning record. The Knights (17-5) actually boast the most wins heading into this weekend.

Here’s a quick look at each league opponent, beginning with the Knights. 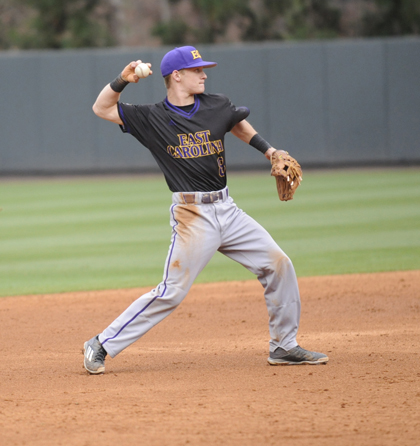 UCF began the season with a win over Virginia before dropping consecutive one-run games — two of only three losses at home this year. The Knights have a high-powered offense that has produced six games where they’ve scored in double digits. Rylan Thomas, Matthew Mika, and Tyler Osik are all batting well above the .300 clip. Osik and Thomas have combined for a dozen home runs thus far, and four others have multiple long balls. On the mound, Chris Williams has been the ace. He’s 3-0 with a 1.16 ERA. The UCF staff ranks sixth in the nation with 11 strikeouts per nine innings.

The AAC slate doesn’t get any easier when ECU hosts Wichita State prior to Easter. The Shockers have a sound weekend rotation featuring Codi Heuer and Liam Eddy. Eddy leads starters with a 1.91 ERA. Heuer’s ERA sits at 3.54 going into conference play, but he’s also tallied 27 strikeouts in 28 innings. The duo is a combined 7-0. Wichita State has some depth at the plate, too, with four players notching at least 15 hits so far.

South Florida will be the next in line when it visits Greenville on April 13. The Bulls and Pirates have a common early-season opponent in UNC. The Tar Heels went down to Tampa, and with a 9-8 extra-innings win, took the series. USF’s bats, throughout the lineup, have been connecting often. Eight regular starters are hitting above the .300 mark. There’s power, too. The Bulls have a combined 84 extra-base hits. They’re aggressive on the bases with 23 steals on 33 attempts. Defensively, ace pitcher Shane McClanahan has yet to allow an earned run in 30 2/3 innings pitched.

Memphis may have struggled up until this point, but the losing record could be deceptive. The Tigers have lost matchups against top-10 teams in Ole Miss and Auburn by a combined three runs. Still, their RPI ranks lowest in the AAC (222nd). Tyler Webb is the team’s biggest threat at the plate. Twelve of his 15 hits have gone for extra bases. Kyle Ouellette has also been consistent with a .333 average. Memphis’ pitching staff is one of four in the AAC to rank in the top-50 in Division I in strikeouts per nine innings (9.6/41st). The Tigers have had spotty starting pitching, but bullpen arms like Hunter Smith have picked up the slack. He’s thrown almost 20 frames in nine relief appearances, and boasts a 0.92 ERA.

The defending AAC champion has run the gauntlet this season. Six of its first 20 games have been against teams ranked in the top-25. The Cougars have a winning record, which includes a series win over Cal State Fullerton. At the forefront has been depth on the mound and at the plate. Houston has two bona fide starting pitchers in Trey Cumbie and Aaron Fletcher. It also has two of the AAC’s most reliable bullpen arms in Carter Henry and Joey Pulido. Offensively, four Cougars have notched over 20 hits in 20 games. Joe Davis leads the way with a .356 average.

Like many other teams in the AAC, Tulane made sure to line up some of the best foes it could find. The Green Wave went up against Ole Miss and Cal State Fullerton in the first three weekends, but went 1-5 against them. Jonathon Artigues and Kody Hoese are both hitting north of a .330 clip. Grant Witherspoon has performed well in the cleanup spot as he has 10 extra-base hits — including three homers — for a team-high 17 RBI. Starting pitching has been a rough area, though. Keagan Gillies has a 2.93 ERA in five starts for the best on the Green Wave staff.

Cincinnati, despite being below .500, goes into its conference opener with a hallmark win under its belt: 8-3 at a ranked Indiana club. The Bearcats go into AAC action with only two wins in their last seven games. Runs have come in, for the most part. Four players are batting over .300, and six have double-digit RBI. Pitching has largely been Cincinnati’s undoing. J.T. Perez has a 2.03 ERA in five starts. After him, Nathan Kroger’s 3.80 ERA is the best among pitchers with two or more starts.

The Huskies have had a decent non-conference stretch. Their RPI ranking (34th) is third in the league, behind Wichita State (9th) and ECU (24th). With it being chilly in Connecticut early in the season, UConn has still managed to earn 10 wins in 17-straight road games to begin the campaign. Three regular starters are all batting above the .300 mark. Thad Phillips has also only played in nine games, but boasts a .364 average and has nine RBI. Defensively, though, Mason Feole’s 3.45 ERA is the best among starting pitchers. Jacob Wallace has proven himself a valuable closer. He has a 1.80 ERA in the 10 innings he’s thrown in seven appearances.

Wake up, train, come home and relax, and go to sleep. Sprinkle in a few other day-to-day activities in there,... read more