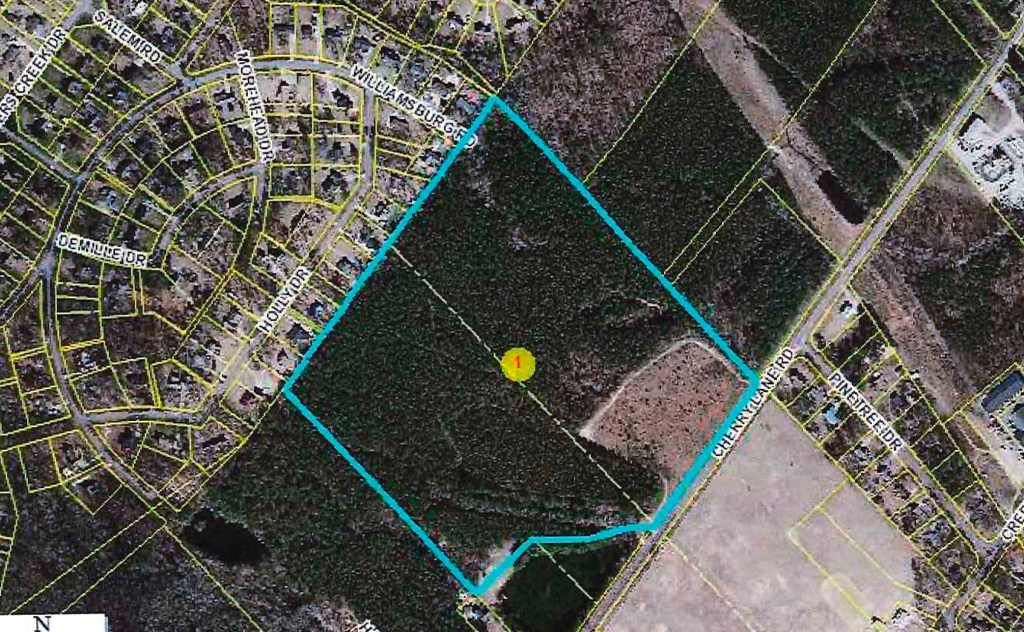 ZONING CHANGE SOUGHT: A sand mine could be located in the area outlined in blue if Washington’s zoning regulations are amended to allow such a use in the RA-20 zoning districts.

During its meeting Tuesday, the Washington Planning Board is scheduled to discuss amending the city’s zoning regulations to allow mining and quarry operations within the city’s RA-20 zoning districts.

Roper-based Sly Fox Farm LLC owns the land, which is on the west side of Cherry Lane Road, which has no objection to the land being mined for sand.

“The approval of the text amendment would allow sand to be mined from this parcel. The mine operator, B.E. Singleton & Sons, Inc., will secure a mining permit from the NC Department of Environmental Quality,” Bailey wrote in the memorandum. “The mining permit will contain required Operating and Reclamation Conditions. There are no dwelling or structures proposed as part of the sand mine operation and no pumping or dewatering of the excavation area will occur.”

The mine would operate from 7 a.m. to 6 p.m. Mondays through Fridays and occasionally on Saturdays, according to the memorandum. A 75-foot (minimum) wooded, undisturbed buffer zone with an additional 25-foot unexcavated buffer zone would be maintained along the permit boundaries/property lines, according to the memorandum, which notes it appears no residential dwellings would be within 150 feet of the proposed excavation area.

The proposed excavation area would be reclaimed as a lake and all adjacent disturbed areas would be properly revegetated, according to the memorandum.

The City Council would have final say on the proposed amendment to the city’s zoning regulations.

The Planning Board also is scheduled to discuss abandoned and derelict boats in city waterways.