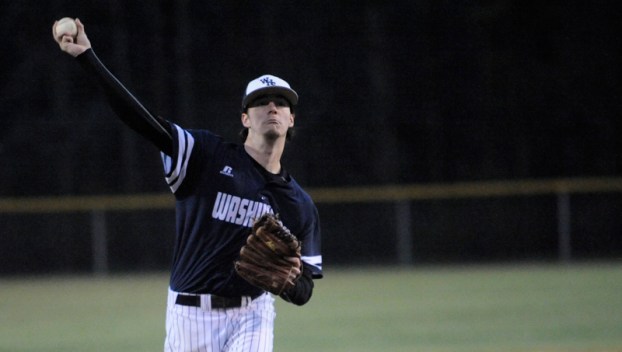 GREENVILLE — Washington made the short trek to Greenville Monday for a non-conference test against Rose. The Rampants — undefeated going into the game — stood as one of North Carolina’s top-ranked teams and was No. 22 in the nation, according to MaxPreps.

The Pam Pack scored four runs apiece in the third and fourth innings to race past Rose, 10-6, and hand the Rampants their first loss of the season.

Logan Everette and Chris Sulc handled the lion’s share of the offensive production. The two finished a combined 7-of-9 at the plate. Sulc scored a pair of runs. Everette batted in three and also scored one himself.

Drew Ferguson scored twice and had a pair of RBI, too. He, Trippe Bonner, and Frederick Holscher all drew multiple walks.

Tyler Harrell rolled through a six-inning start. Rose scored six runs (one earned) on him thanks to five hits and five walks. Harrell struck out five. He handed the ball to Sulc for the final frame.

Washington drew first blood with a run in the top of the first. The Pam Pack scored eight more times between the third and fourth innings. Rose answered with five in that span, but the 9-5 lead proved comfortable enough, and Washington added one more for insurance in the top of the sixth.

The Pam Pack will be back in 2-A Eastern Carolina Conference action Thursday when it hosts Kinston. It had its perfect start in the league spoiled in a 4-0 loss at South Lenoir on Friday.

Washington, ranked No. 2 in the state’s 2-A classification, will compete in Northside’s Easter tournament beginning this weekend. It will resume ECC play April 10 at a West Craven team ranked third in the classification.

Grading Out: Handful of local teams vying for top spots

There were some impressive moments last week that helped many of Beaufort County’s teams stay in the hunt for first... read more