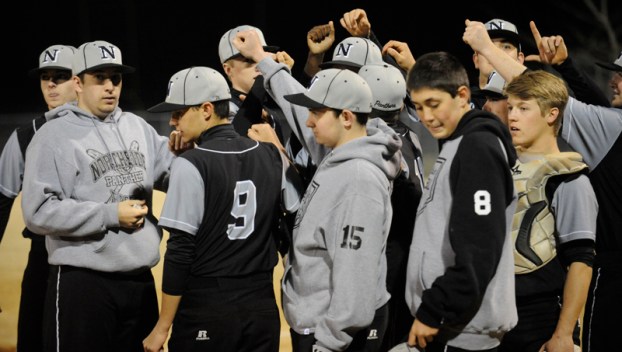 Seahawks run out of steam against Northside

CHOCOWINITY — Southside has struggled to find itself this season. The midway point of the spring is approaching, and a matchup Tuesday with Beaufort County rival Northside was a prime chance to build some momentum.

The Panthers scored a pair of two-out runs in the top of the first. The Seahawks have spotted opponents early runs frequently. They’ve come unraveled more often than not.

Tuesday was an exception as Southside played what coach Kevin McRoy said was its best game of the campaign, but ran out of pitching steam in a 9-3 loss.

“That’s a good team we just played. I felt like we played the best game we’ve played all year,” Southside coach Kevin McRoy said. “The score didn’t indicate how good of a game it really was.”

Northside would hang on to that lead. The visitors added on to it when Southside walked in four runs in the top of the seventh.

“We came out, got a couple runs, and they did a good job to get three,” Northside coach Keith Boyd said. “It stayed pretty tight. We scratched a couple in the sixth and they ran into some pitching issues.”

Parker Boyd, Tanner Alligood and Reg Bishop had two hits apiece for Northside. The Seahawks were led by Jarrett O’Neal’s 3-for-4 showing. Brantley Cutler also had a hit and drew three walks.

Zach Griffin worked nearly five innings on the bump. He struck out nine batters while allowing three runs on five hits and four walks. Tanner Alligood took over from there and blanked the Seahawks for 2 1/3 innings.

CHOCOWINITY — Danielle Ruffin led off the bottom of the fifth with a single back up the middle. It glanced... read more