Board searching for ways to deal with derelict boats 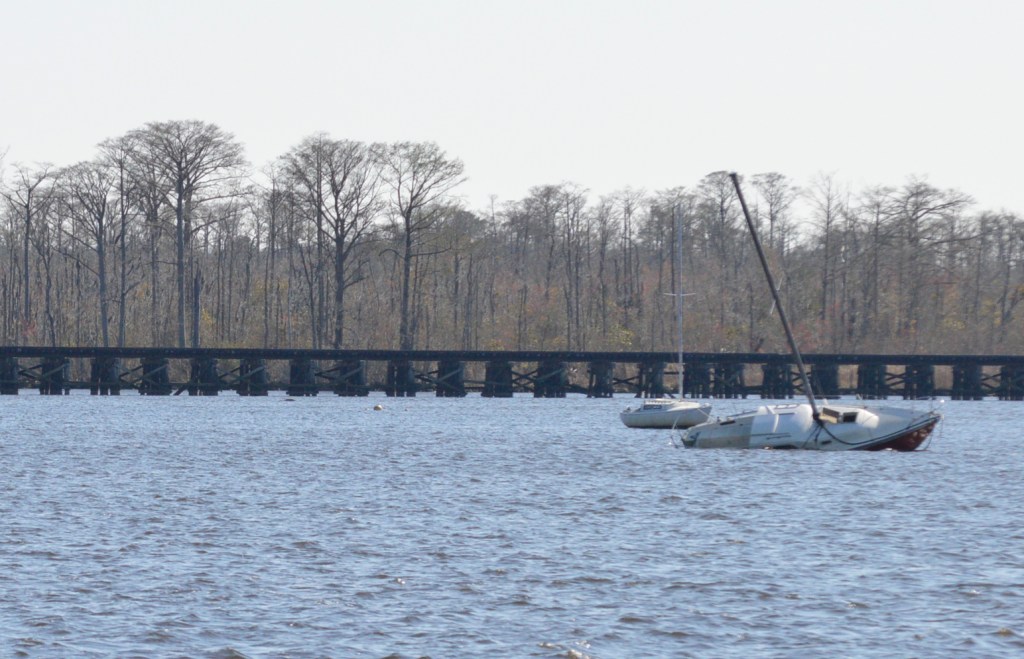 WHAT TO DO: Washington’s Planning Board is exploring options for dealing with abandoned and derelict vessels in the city’s waterways. (Matt Debnam/Daily News)

Washington’s Planning Board is exploring options regarding abandoned and/or derelict vessels in areas of the Pamlico River within the city limits.

During its meeting last Tuesday, the board said the issue needs addressing, if for no other reason than safety. Finding the appropriate way to solve the problem could take time, board members noted.

“I don’t see how you can argue that an abandoned vessel is not a nuisance. It’s like the definition of a nuisance,” Tate said.

The Town of Beaufort is taking that approach in dealing with such vessels in waters within its jurisdiction, said John Rodman, the city’s director of community and cultural services, adding that a simple solution to the problem might be adding abandoned or derelict vessels as nuisances to the city’s abandoned car ordinance. “We’re trying to figure out how we can handle these boats,” he said.

At least three coastal counties, including Dare, New Hanover and Brunswick counties, have adopted ordinances to address the issue. Tate said the state gave all counties covered by the Coastal Area Management Act the power to enact such ordinances. Beaufort County is a CAMA county.

The lack of a statewide program and state funding to address the issue, combined with the fact there are no government agencies and no organizations taking the lead on solving the problem, means the responsibility for regulating or removing abandoned/derelict vessels in North Carolina waters, for now, remains with local governments or private citizens.

The Hyde County Board of Commissioners, during its meeting Monday, is scheduled to conduct a public hearing on a proposed abandoned/derelict vessel ordinance that focuses on Ocracoke’s harbor, known as Silver Lake.