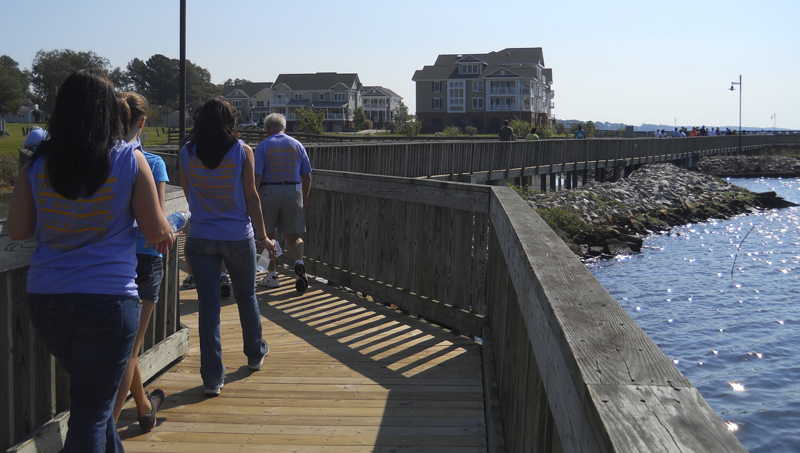 The proposed budget allocates $200,000 to replace deteriorating wooden slats at the west end of the waterfront boardwalk with marine (concrete) slats. The city’s capital-improvements plan includes just under $500,000 to replace wooden slats on the entire boardwalk with marine slats. Inclusion in the capital-improvements plan does not mean a specific project will be funded.

The proposed budget also includes $90,000 for the first phase of the project to replace the bulkhead at Havens Gardens.

Roberson’s recommended budget includes a $250,000 reserve for future capital projects related to stormwater management, which includes improving drainage throughout the city. In the past year or so, several city residents, many of them who live in the Jack’s Creek basin, have appeared at City Council meetings and complained about drainage/flooding problems in their neighborhoods.

The proposed budget appropriates $100,000 to address stormwater issues in the Jack’s Creek basin.

The proposed spending plan for Washington Electric Utilities allocates $1.8 million for a rebuild of the Slatestone substation, which should improve electric service in the Slatestone area. Planning for that project continues.

The budget work sessions could include more discussion on a new police station, something the city has been pursuing for several years.

To help pay for that new facility, the city has been setting aside money each year in a public safety capital reserve fund. At its retreat in February 2017, the council, through consensus, decided to use a three-step plan for building a new police station — find a good site, design the facility and find the money to pay for the city. Currently, the city has $1.6 million set aside for the new facility. The current city budget transferred $166,970 from the general fund to the public safety capital reserve fund, the same amount transferred in the previous fiscal year’s budget.

For several years, the city has been setting aside part of its general-fund revenues into a reserve fund to help pay for capital expenditures such as building a new police station. Of the city’s property-tax rate of 50 cents per $100 valuation, just under two cents of that rate is designated for the city’s public safety capital reserve fund.

The city has adopted a pay-as-you-go plan when it comes to major capital expenditures, proceeding with CIP projects when the money is there, sometimes splitting a project into phases funded over several years. The council assigns priorities to CIP projects to determine when they will be funded, or if they are funded.