Early voting numbers in 2018 primary behind figures for 2014 primary 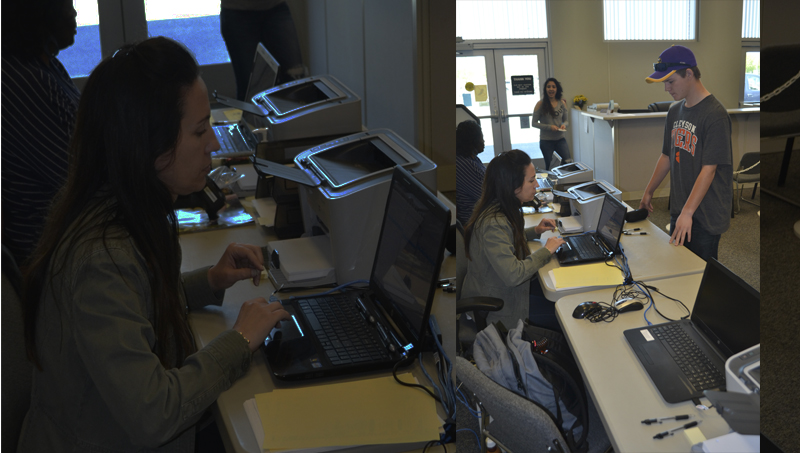 FIRST TIME: Trey Branch (right) checks in with elections worker Tina Hardison on Friday before voting in the 2018 primary. Branch, 17, could vote for the first time because he will turn 18 before the Nov. 6 general election. (Mike Voss/Daily News)

“It’s been slow, but steady. There have been no lulls,” said Kellie Harris Hopkins, Beaufort County’s elections director, about this primary’s early voting period so far.

Trey Branch, a 17-year-old student at Southside High School, voted for the first time Friday. A 17-year-old may vote in a primary if that person turns 18 before the general election, according to state law.

“It was kind of hectic when I got here because everybody is standing outside and they want to get your vote, for you to vote for them,” Branch said of his first time voting. “It’s different now because you don’t really see it this way until you’re doing it.”