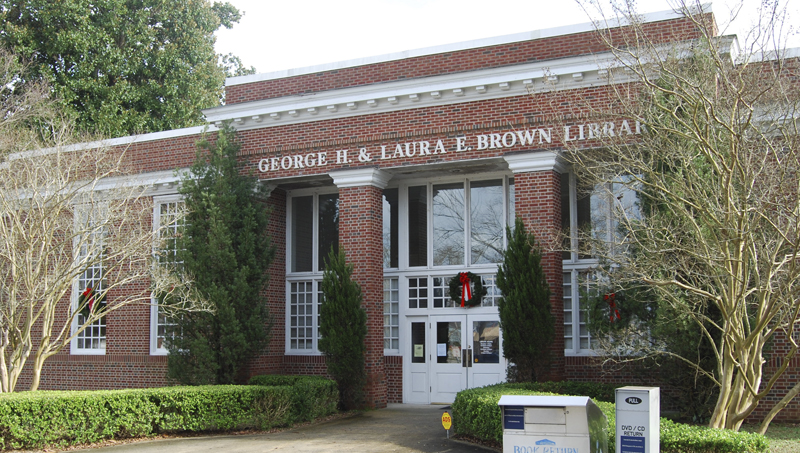 Beaufort County residents who live outside Washington might have to pay to use Brown Library, which is operated by the city.

Washington’s City Council, during its budget work session Tuesday, unanimously voted to allow the library to charge $10 to issue a library card to such a resident beginning July 1. A family of three or more would pay $25 for library cards for each family member.

Those fees would take effect if Beaufort County does not provide money to the city to help pay for operating the library. Sixty percent of the library’s patron’s are county residents who do not live in the city, according to Sandra Silvey, library director.

As it has done in previous years, the city is asking the county for money in the upcoming fiscal year to help maintain and operate the library. City officials are not optimistic the county will provide the funds.

“I’d like to talk about implementing a fee for non-city residents for the library,” Councilman Roland Wyman said during the council’s discussion of the library.

“I concur. Not only should it be for non-residents, but there should be a third fee for out-of-county (residents). We’ve got a number of patrons that are from out of the county, not only at the library but at the pool,” Councilman Doug Mercer said.

Silvey said the library already charges a $25 fee to issue a library card to an out-of-county resident. City Manager Bobby Roberson said the council has discussed library fees several times in the past. City residents are not charged fees for library cards, Silvey added.

Wyman said the library’s advisory board is on board with charging fees for non-city residents who use the library. “The county does understand there’s a great percentage of people using the library that are not Washington residents,” he said.

“They would understand if we had a fee for county residents, I believe,” Wyman said. “This would be a way to bring in some much-needed funding for the library.”

Silvey told the council the library is seeking $50,000 from the county. “If we don’t get it, we can go to the option of charging because we are not receiving any funds from the county, which opens the door for us to charge a fee,” Silvey said.

“The bottom line is if the county would support us, then you wouldn’t charge the county residents,” Councilman Richard Brooks said.

Wyman said calculations show that if the city charged a $5 fee to issue a library card to a non-city resident, that would generate $59,765 in revenue each fiscal year.

“Right now, left the way it is, the city residents are supporting the library,” Wyman said.

Two years ago, the city asked the county for $293,822 (based on usage by county residents outside the city) to help pay for library operations. The county did not provide the money.

Hospital board moving towards dissolution