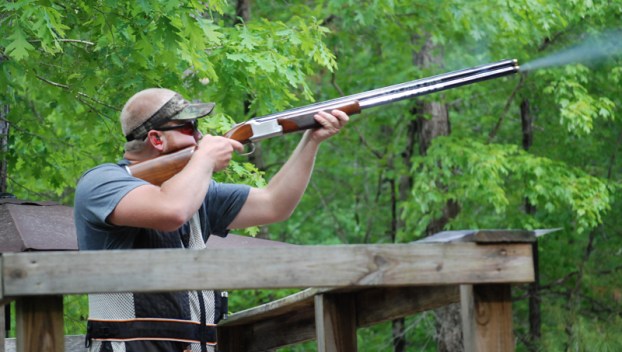 SHARP SHOOTER: A competitor fires at a target while participating at the North Carolina Sporting Clays State Championship this past weekend. (Sean Finnerty | Daily News)

A flawless second day of shooting saw Braxton Oliver finally break through and win the main event of the North Carolina Sporting Clays State Championship with a score of 195 at Hunters’ Pointe Sporting Clays in Washington on Sunday.

Winning the state championship is something Oliver, whose parents, Mike and Laurie, own and operate Hunters’ Pointe, has been gunning for over the last several years.

“It’s a great feeling. This is something that I’ve been trying for the last six years, finishing runner-up twice and third twice,” the 21-year-old Oliver said. “And to do it at our home course is even better, and even better running the entire course 100 straight (targets hit) today to be able to seal it and take (the state championship title).” 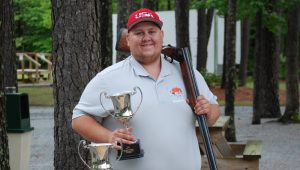 Oliver entered the second day of competition in second place, after finishing with a score of 95 on Saturday. But Sunday’s perfect score saw him finish five points clear of Scott Jones (190), who scored 95 both days. Jones took second place after winning a shoot off with Chris Ferres and Wesley Elliott, who both also scored 190 points after two days of shooting.

For the uninitiated, sporting clays is a form of clay pigeon shooting. But unlike skeet or trap shooting, which have more standardized distances and angles, sporting clays has targets thrown from any angle or distance to more closely simulate hunting. A sporting-clays course consists of 14 stations, with six or eight targets per station. 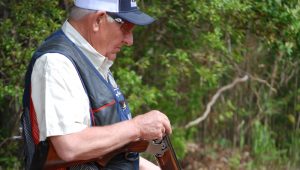 “Our whole family has done it,” Braxton said. “My mom’s, I believe, a five-time ladies state champion, my dad got into it, all three of us kids have gotten into it.”

But despite coming from a family so successful in sporting clays, Braxton said he doesn’t feel any pressure to live up to the family legacy.

“It’s just a hobby for us; it’s a hobby and a business,” he said. “We just have fun with it and continue.”

“Being able to travel the country and the world competing at the national titles and the world championships, and meeting new people across the world is probably the biggest thing for me,” he said.

Now that Oliver completed his goal of winning a state title, there’s one major target left in his sights.

“I still want my individual world title,” he said. “I’ve been very close to winning that before. Hopefully this year will be the year I finally get one as well.”

PLAYOFF PREVIEW: Pam Pack soccer looks to move on to second round