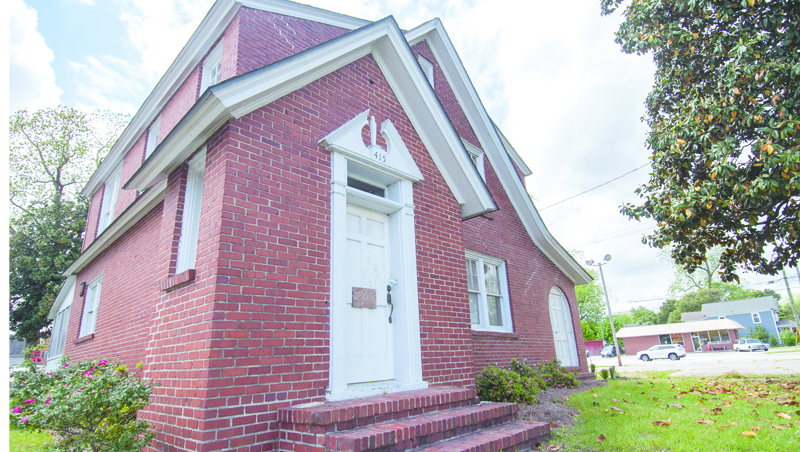 Washington officials and Preservation North Carolina are working together to try to save the historic Carter House next to Brown Library.

“We’ve actually contacted them. You’ve seen the email she sent me. They have three separate proposals. We’ll be brining those back to you, probably in June of this year,” City Manager Bobby Roberson told the City Council during its meeting Monday. “So, we’ll be able to move that along as well.”

“Good,” replied Councilwoman Virginia Finnerty, who’s been pushing to save the house.

A move by the city to demolish the house, which the city bought for $80,000 to help facilitate potential expansion of the library, was met with an outcry from several people and organizations wanting to save and preserve the house. At its April meeting, the City Council instructed Roberson not to issue a purchase order to pay for demolishing the house and to work with Preservation North Carolina to explore options to save the house.

In a letter to Roberson, Gregg wrote that the method of working to save the Carter House would be through an option agreement, with the option period lasting a year. The option agreement would include a price agreed to by the city and Preservation NC.

“I would recommend the ideal way of establishing this value would be through an appraisal of its current market value,” Gregg wrote. “Once the option is executed, Preservation North Carolina would then begin marketing this property to find a buyer to restore the home at a slightly higher price than the agreed to option price.

Gregg noted that amount likely would be about $10,000 higher than the option price, “as in our experience buyers most often make an offer on the properties lower than the asking price.” Gregg explained that the difference in the option price and sale price is the only financial benefit Preservation North Carolina receives, with the money used to offset expenses it incurs working with the property.

Preservation North Carolina requires the buyer of a property it is working on to agree to a rehabilitation agreement that includes a plan and timeline for restoration, with those covenants running with the deed in perpetuity and being monitored continually, according to the letter.

Another option is for a developer to purchase the home through Preservation North Carolina arrangements and lease it to the city for 10 years to 15 years, Roberson said Wednesday. The developer would renovate the property and cover all costs for improvements.

Once renovations are complete, the developer would lease the property back to the city, which would serve as the “master leaser” to tenants and potentially charge monthly rent the first year.

A third option is to donate or sell the property back to Preservation North Carolina, which would find a buyer or developer for the property.