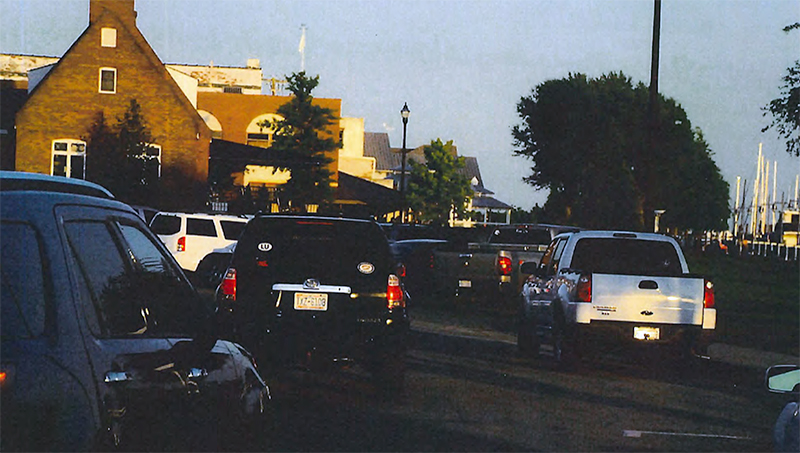 At its June meeting, Washington’s City Council will consider lowering the speed limit on Stewart Parkway and Water street to 15 mph and enacting a no-cruising ordinance for specific areas in the city.

After Stacy Drakeford, the city’s director of police and fire services, recommend the change, the council, during its meeting Monday, decided to conduct a public hearing on the proposed change. The city would have to amend its ordinances to lower the speed limit.

“Lowering that speed down a little bit to 15 mph would allow us, in my mind, to make good, solid traffic tickets, and not just to write a ticket to be writing a ticket. … So, I make that a recommendation for Stewart Parkway,” Drakeford said. He also recommended the 15-mph limit apply Main Street, too.

Lowering the speed limit is one way to address traffic-safety issues in the area of South Market Street, Stewart Parkway and Water Street, Drakeford said. He also suggested the city consider installing “traffic calming devices” such as speed bumps on specific areas of Water Street in an effort to control speeding. Council members expressed interest in the speed bumps, including combining speed bumps and pedestrian crosswalks into one device.

Drakeford, as instructed by the council, had a traffic study performed in the Water Street/South Market Street/Stewart Parkway area and develop traffic-control recommendations based on the study’s findings. VHB Engineering, based in Raleigh, conducted the study.

In addition to the lower speed limit on Water Street and Stewart Parkway, Drakeford recommended the city enact a no-cruising ordinance that would apply to specified areas in the city. Such an ordinance is constitutional, according to Drakeford, who told the council he researched the matter.