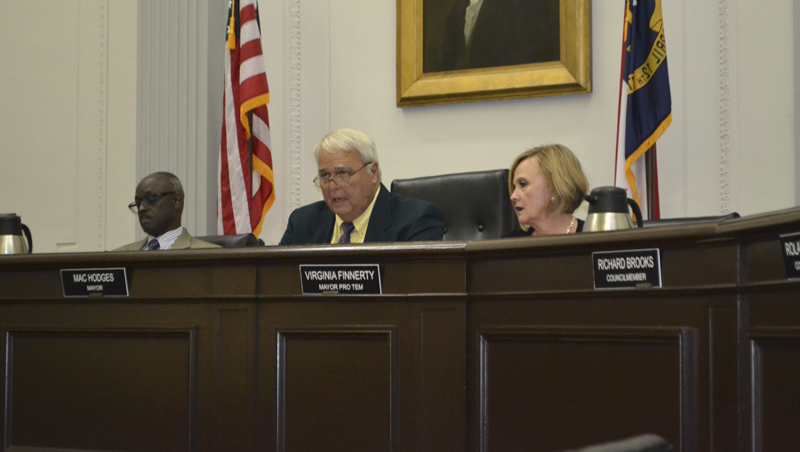 Washington’s budget and property-tax rate for fiscal year 2018-2019, which begins July 1, have been adopted.

The City Council, during a brief meeting Monday, voted 4-1 to approve the $78 million budget and set the property-tax rate at 53 cent per $100 valuation. Council members Richard Brooks, Virginia Finnerty, William Pitt and Roland Wyman voted for the budget. Councilman Doug Brooks voted against it.

“I commend this council and I commend this staff for what I think is the best budget that’s been put together in the last 10 years that I’ve been sitting on this council. I say that very honestly, but at the same time I’m going to tell you I am going to vote against this budget simply because I have requested several times now in the last 18 months, or the last 24 months, a reduction in the electric rates,” Mercer said. “We are in a position to reduce the rates to our electric customers. We should do it. This budget does not do it. So, I cannot vote for it.”

In budget work sessions leading up to the adoption of the 2018-2019 budget, Mercer asked several times for the council to consider reduce the energy-cost component of electric customers’ bills by five percent. He based his request on the city not seeing forecast increases in the wholesale price it pays for power take place. Mercer said because of a surplus in the electric fund, the city should return some of that money to electric customers in the form of reduced rates.

The police station capital project fund will have $1.56 million in it during the upcoming fiscal year.

The budget does not increase electric, water, sewer and other utility rates. It does impose new fees and increases some existing fees, such as fees Washington charges youths to use city facilities when playing most youth-league sports will increase. The fee for city residents increases from $15 to $20 per sport. The council increased the fee for non-city residents from $15 to $30 per sport.