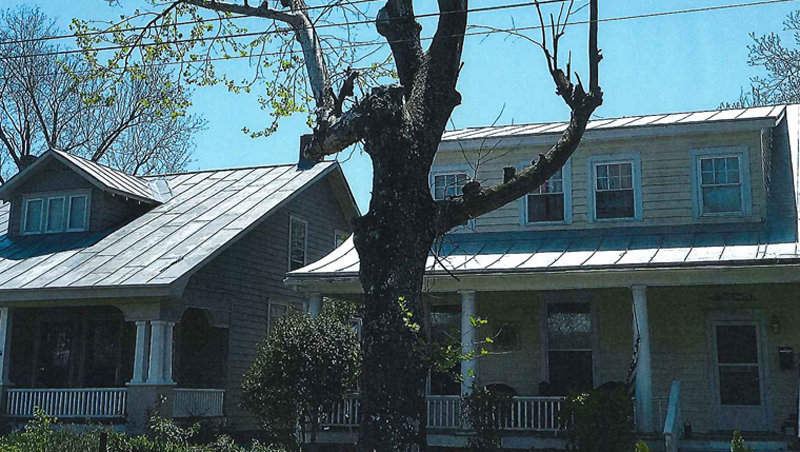 TREE REMOVAL: Last month, the Historic Preservation Commission gave the City of Washington permission to remove this sycamore tree from the public right of way at 702 E. Main St. (City of Washington)

An increase in the number of trees being removed in Washington’s Historic District is being noticed by the Historic Preservation Commission, which is scheduled to discuss the issue during its meeting Tuesday.

That discussion could lead to the commission creating a subcommittee to address the tree-removal matter, said Emily Rebert, the city’s community-development planner. The commission makes decisions on requests to remove trees in the Historic District.

“The historic preservation design guidelines require that people replant another tree somewhere on the property within 30 days. That gets really hard to do when it’s so hot out or so cold out that you can’t really plant a tree at that time. Some of the (commission’s) conditions have been to plant it at a later date, but there’s not been any accountability,” Rebert said. “We don’t know if people are going back and replanting the trees they have promised to do. The commission is interest in creating something for accountability.”

When it comes to replacing trees that have been removed, there are conditions, Rebert said. “They have to be the same type. A shade tree has to be replaced by another shade tree.”

The commission approves tree removals when a tree (usually damaged or dead) poses a threat of falling on nearby property, its root system poses damage to a structure’s foundation or an aging, damaged tree hinder growth of younger, more desirable trees.