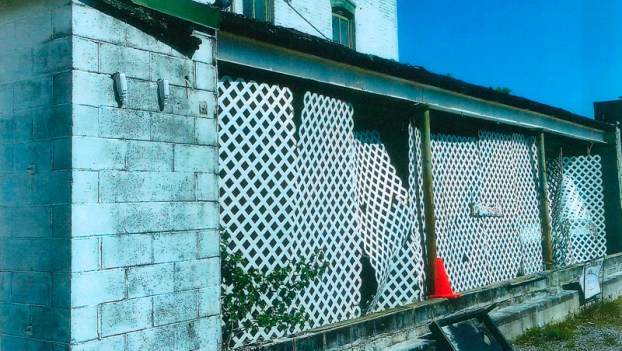 For safety reasons, the City of Washington is seeking permission from the Historic Preservation Commission to remove a damaged storage space and metal awning from the former Maola building on Water Street.

The commission, during its meeting today, will consider the city’s request for a certificate of appropriateness to remove the damaged parts of the building, which is owned by Maola of N.C. Inc., according to the commission’s tentative agenda for the meeting. “The damaged portions are add-ons and the removals will not damage the original building,” the city’s code-enforcement division states in its application for a certificate of appropriateness.

The application is signed by John Rodman, the city’s director of community and cultural resources. 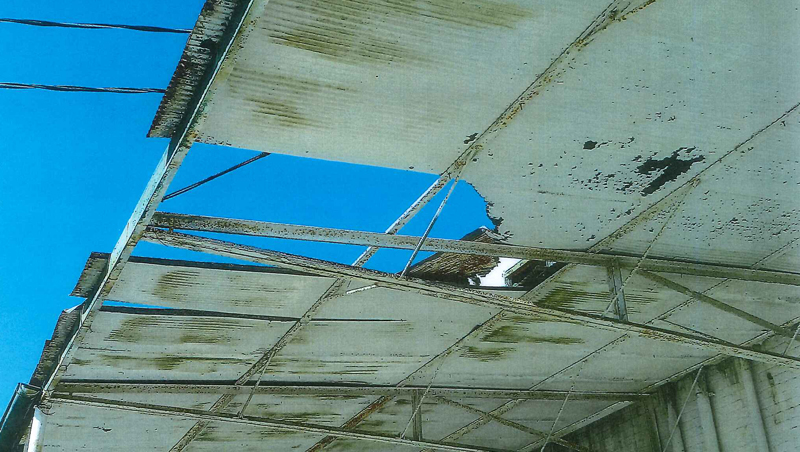 SAFETY WORRY: This damaged awning at the former Maola building should come down because it presents a hazard, according to the city. (City of Washington)

A staff report concerning the request reads: “At this time, the City of Washington’s planning department has deemed these two components a hazard to the public. The city would like to remove these two items for safety reasons.”

The commission could take at least three possible actions pertaining to the request. They are:

Whenever exterior renovation work is being conducted in the Washington Historic District, all property owners within 100 feet of the proposed construction activities are required to be notified by the city.

Jack Willard is a man with an eye for beauty, but he finds that beauty in unexpected places. A camera... read more