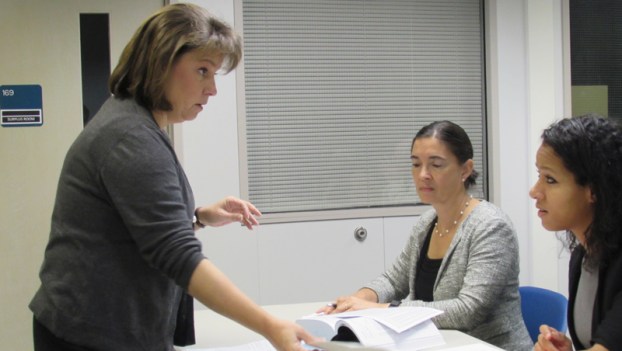 Anita Earls, seeking a seat on the North Carolina Supreme Court, made a three-county campaign swing in eastern North Carolina on Saturday, including a stop at a fundraising event in Beaufort County.

One seat on the seven-member high court is available this election cycle. Associate Justice Barbara Jackson currently holds that seat.

“I was litigating voting-rights and redistricting cases, and I began to see how in reaction to some of the court’s rulings, not only in those cases but in other cases involving constitutional issues, state constitutional issues, it really appeared the legislature was threatening the independence of our judiciary,” Earls said Saturday during a telephone interview between campaign stops. “I believe strongly in the importance of the right to vote, and that includes the right to vote for people who make decisions that affect our lives.”

Earls continued: “When I saw there was a threat to the right to vote for judges, I felt it was important to stand up as well as having a fair and independent judiciary that applies the law equally to everyone. That’s the principal that I believed in over the 30 years that I’ve been a lawyer. That’s the reason I want to be on the court.”

As a candidate, Earls said, she wants to advocate for the right to vote, which she’s been doing since 1988.

“Once I’m on the court, my role changes. If I’m elected, my role changes. At that point, it’s my job — and I swear an oath … to uphold the constitution — and it becomes my job to interpret the state constitution and the federal constitution, apply it to the facts that come before me. Then I leave to someone else the advocacy. My goal, if I’m elected is to try to achieve the guarantee that I think we all want, which is equal justice under the law. That’s what I would want to do, if elected.”

Earls said she’s been campaigning on a full-time basis since the beginning of this year. She also visited Craven and Pamlico counties Saturday.

When Alex Vegh arrived in Washington from Hungary, she spoke some English and came to the area with some pre-conceived... read more