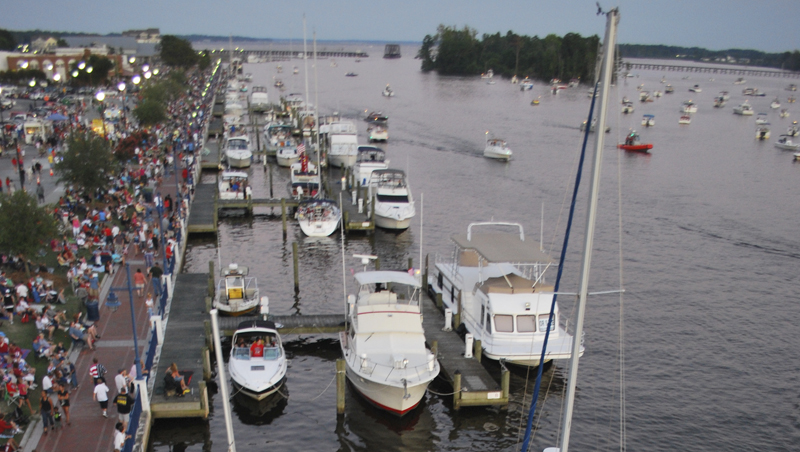 TOURISTS’ DOLLARS: Washington’s waterfront and several festivals along it each year bring in thousands of tourists — and their money, which is spent at lodging establishments, restaurants and businesses. (Daily News)

One revenue source for the city is exceeding budgeted expectations, so much so the city needs to amend its budget ordinance to reflect that increase, according to Matt Rauschenbach, the city’s chief financial officer.

That amendment could be made during the City Council’s meeting Monday.

Rauschenbach mention the revenue increase at the last meeting of the directors of the Washington Tourism Development Authority and in a memorandum to the mayor and City Council. “Local hotel occupancy tax collections are exceeding the budget by a considerable amount and require amendment to cover distribution to the Washington Tourism Development Authority. … The city collects this tax (6%) and distributed 97% to the WTDA,” he wrote in the memorandum.

The amendment would increase the occupancy-tax account by $105,000, according to the memorandum.

“Our initial revenue estimate was conservative and occupancy collections have been running higher than anticipated for a large portion of the year. Some of the reasons for this would be the Cycle NC event, Fairfield Inn opening, and more folks visiting Washington in general to enjoy what we have to offer,” wrote Rauschenbach in an email.

Revenue from Washington’s 6-percent occupancy tax increased 32 percent from fiscal year 2013 through fiscal year 2017, according to city financial data on file with the N.C. Department of State Treasurer.

A significant amount of occupancy-tax revenues are used to fund programs and projects intended to bring more people for overnight stays to areas served by agencies like the WTDA. The WTDA allocates two-thirds of its annual revenue to promote travel and tourism and the remaining third on tourism-related expenditures.