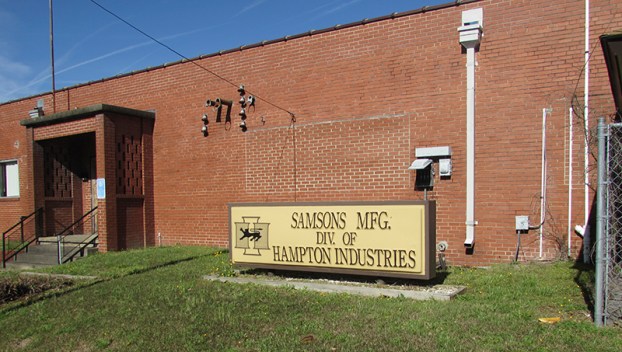 Board prepared to act on delayed request

Washington’s Planning Board, during its meeting Tuesday, is scheduled to consider a rezoning request and make a recommendation regarding that request — if the applicant attends the meeting.

Metropolitan Housing & Community Development Corp., the applicant, is asking for the zoning classification of the property at 418 N. Brown St. be changed from I-2 (industrial) to O&I (office and institutional). The property contains about 2.53 acres. The property is the defunct Samsons shirt factory.

Last month, the failure of Metropolitan Housing & Community Development Corp. to have a representative the board’s meeting resulted in the board postponing possible action on the request until is August meeting.

The application for the rezoning states this reason for the rezoning: “To satisfy housing needs for the current residents of Beaufort County and to provide additional employment opportunities through the utilization of the O&I zoning.”

At the board’s July meeting, several people expressed concerns with changing the zoning from an industrial zone to an office and institutional zone. The surrounding area is zoned for residential use, according to city zoning maps and the city’s comprehensive land-use plan. O&I zones are considered transitional zones between residential zones and industrial zones. O&I zones are consistent with the comprehensive land-use plan. Property uses in O&I zones may not be consistent with the surrounding neighborhoods.

John B. Tate III, chairman of the board, noted in an email that “the current zoning is even more inconsistent with the surrounding neighborhood than O&I.”

The board had questions about the request that could not be answered in the applicant’s absence, so it continued the matter until the board’s next meeting

In June 2017, the City Council endorsed a grant application seeking up to a $500,000 grant to help bring businesses — new ones and expanding ones — to the former shirt factory. The council gave is approval for Metropolitan Housing & Community Development Corp. to submit an application seeking the building re-use grant from the North Carolina Department of Commerce. Metropolitan proposed to “start a call center that would provide 40 full time jobs complete with employee major medical health insurance,” according to a memorandum from City Manager Bobby Roberson to the council and mayor. A section of the former factory would be renovated to house the call center, according to the memorandum.

During its March 28, 2017, meeting, the council tabled acting on the grant issue after hearing the Rev. David Moore, head of Metropolitan Housing & Community Development Corp., and Martyn Johnson, Beaufort County’s economic developer, discuss the plan to bring new businesses and expand existing businesses at the former shirt factory. Moore told the council that if the $500,000 grant (maximum) were awarded, it would help create full-time jobs. Johnson told the council the city’s “match,” if the grant is awarded and accepted, would be $25,000.

“We’ve got a building re-use grant that we’re hoping the city will sign off on and allow us to look at the creation of about 60 jobs in what was the old shirt factory,” Moore said then. “The (state) Department of Commerce is offering these grants, especially to cities, counties, municipalities that are in Tier 1 or Tier 2 (status) and have vacant buildings they can’t figure out what to do (with them).”

Moore did not specify what types of businesses could occupy the former shirt factory. Moore said there is a need for jobs in the area.  “I think this would be a golden opportunity for us to put something together for the city that would allow our residents to be able to at least have a shot at employment,” he said.

Moore said then he needed the city’s endorsement to proceed to the next stage of the grant process.

Johnson explained the grant provides $12,500 for each job expected to be created. Those jobs, according to the grant conditions, must be full-time positions for at least six months, and employers would pay 50 percent of health insurance for their workers. Johnson also said the city’s $25,000 match could be provided by an outside source, such as one of the businesses that would locate in the former shirt factory.

The project, if the grant is awarded, must be completed within 18 months, Johnson said.

When it comes to the economic health of the city of Washington, tourism plays a large role in keeping the... read more