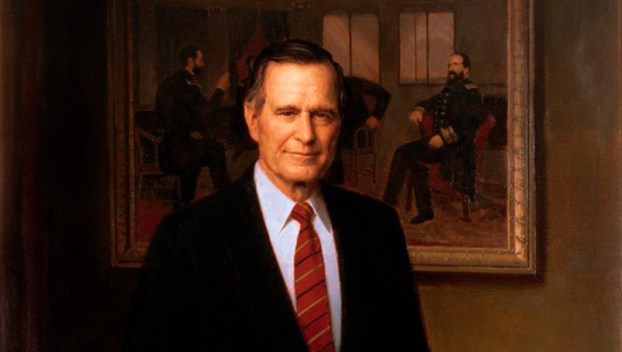 This week, a nation mourns.

Presidential historian Jon Meacham said, he “made our lives and the lives of nations freer, better, warmer and nobler. That was his mission. That was his heart beat. And if we listen closely enough, we can hear that heartbeat even now, for it’s the heartbeat of a lion, a lion who not only led us, but who loved us.”

Former Secretary of State James A. Baker II said, he “was possibly the most kind and considerate person I’ve ever known in my life.”

Another former Secretary of State, Colin Powell, said, “he never forgot who he was. He never let it all go to his head. He was a man of great humility. He was humble.”

Former First Lady Michelle Obama wrote, he “was an extraordinary example for us all. His spirit of service and decency will be missed by many, including our family. I hope his memory will be a guiding light for our country and those around the world.”

President George H.W. Bush was known for getting things done, even as he presided over a divided government. The EPA estimates that the Clean Air Act Amendments he was instrumental in passing in 1989, considered the most sweeping environmental statute in existence, tallied $2 trillion in long-term economic benefits.

He was known for his graciousness, as well as his love of both stylish and whimsical socks.

He was a war hero, a businessman, a politician, a prolific letter writer and a family man.

America has lost one of its greats.

The deadline is fast approaching for farmers to sign up to recoup losses from hurricanes Florence and Michael. Application to... read more