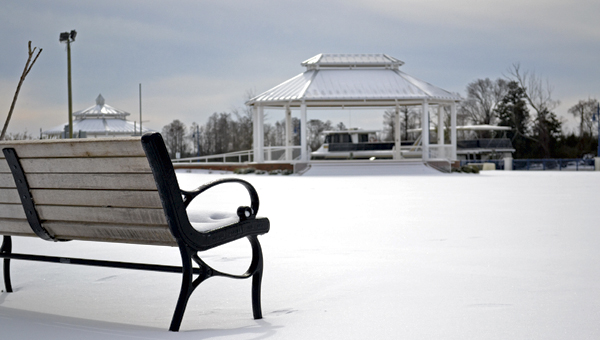 White Winter? Each year raises questions about snowfall and ice

It’s winter. Nobody knows if it will be a mild winter or a much worse three months.

“Despite our location near the ocean, eastern North Carolina frequently has bouts of severe winter weather and cold. One such bout occurred in January 2018. A pro-longed period of Arctic air led to record-breaking low temperatures, with readings as cold as –2 degrees in Washington and –1 in Greenville,” said Chris Collins, a meteorologist with the National Weather Service in Newport. “Two significant snow events occurred during the first 18 days of January 2018, with each event producing up to eight to 10 inches of snow, accompanied by strong winds and bitter cold.”

Collins continued: “These type of winter events produce very hazardous conditions across eastern North Carolina. Before a winter storm strikes, you should make sure your home, office and vehicles have the supplies you need. Roads often become very treacherous and secondary roads are often untreated immediately after a storm. Always carefully plan your travel and check the latest weather reports. Make sure to winterize your vehicle.”

Last winter, the season started out rather mild with above-normal temperatures through late December. Then a dip in the jet stream over the eastern United States allowed much colder air to spread south into the region. With cold air in place, the area experienced a significant winter storm Jan. 3 through Jan. 4. As deepening low pressure approached from the south, widespread rain mixed with sleet and snow began early Jan. 3 and gradually changed to all snow before ending early on January 4th.

The heaviest snow fell inland and over northern areas, but even the coast had measurable snow. Because of very cold air in wake of the storm many roads remained snow and ice covered for days leading to major travel difficulties.

Following this snow, a record-breaking duration of extreme cold developed over the area with many spots remaining below freezing for several days. During the mornings of Jan. 6 and Jan. 7 extreme low temperatures were observed over the region with Greenville reaching 1 degree below zero, Washington 2 degrees below and Williamston 3 degrees below zero. The duration of the cold air led to many coastal sounds and rivers freezing over.

The winter conditions quickly departed in February with much above normal temperatures observed over the area. In March, a minor winter event occurred March 12-13th as low pressure moved offshore of the coast. Snowfall ranged from a trace to around 1 inch in spots, however impacts were minor as ground temperatures were above freezing.

Pulling up to the house at 805 Purser Road, just over the Beaufort-Craven county line, Mike Purser’s home might look... read more