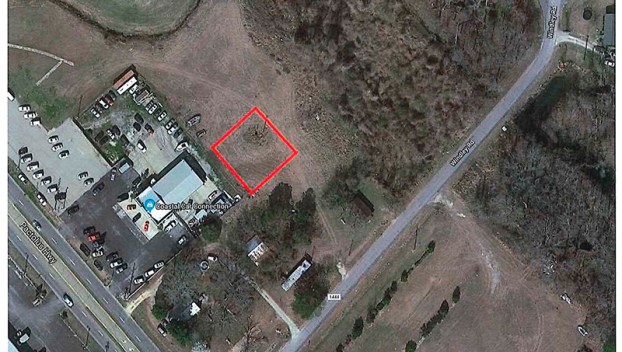 During its meeting Thursday night, the Washington Board of Adjustment will consider issuing a special-use permit and a variance to allow construction and operation of a cellular tower.

The tower would be a 174-foot monopole. It would be located on the northwest side of Windley Road.

The property is in the B-2 zoning district (business). The tower requires a special-use permit in order to build it. It also requires a variance because its height is over 25 feet.

The special-use permit and variance are being requested by James LaPann, an agent for Verizon Wireless.

Except for concealed or camouflaged towers, the base of the tower and each guy anchor must be enclosed by a fence or wall at least eight feet unless the tower and all guy anchors are mounted on top of a building or other structure over eight feet. Barbed wire, razor ribbon, concertina wire and other similar security measures are prohibited adjacent to residentially zone property.

Landscaping rules apply, including preserving existing tree as much as possible.

A one-foot square sign identifying the owner and operator and an emergency telephone number shall be placed in a clearly visible location on the tower. Warning signs may be placed on the tower premises.

The Board of Adjustment meets at 7 p.m. Thursday in the Council Chambers at City Hall, 102 E. Main St.

Local dancer to perform in “The Little Mermaid” ballet

It’s not the average dance recital. It’s a full-scale, near-professional celebration of an art form put on by Eastern NC... read more