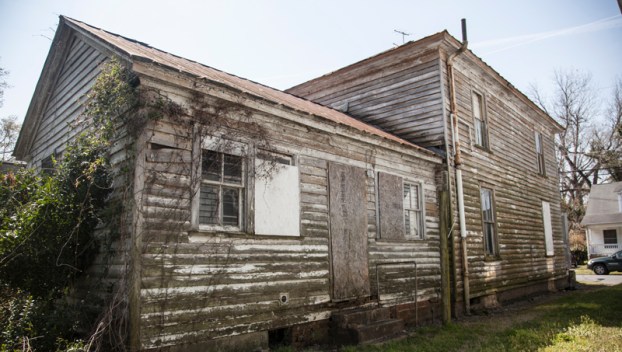 Washington is making progress on addressing substandard housing in the city.

“I think it’s in the city’s best interest to help improve substandard housing. I know we’ve got some low-income projects, some (Community Development Block Grant) projects going on,” said Glenn Moore, a planner for the city. “It increases the standard of living for some folks — the less fortunate.”

Improving substandard housing benefits the city in several ways, including from a safety point of view and financially.

“There’s a safety aspect to it. A lot of substandard housing are prone to electrical fires, that sort of thing. If someone is living in it, it’s an unsafe environment. Health-wise, it can be a bad situation for the person living there,” Moore said.

To help address the issue, money from the Federal Emergency Management Agency may be available for structures in the flood zone, Moore said. There are other ways to tackle the problem. “We’ve got a CDBG project that’s ongoing. It’s a scattered site. It’s not a particular neighborhood.”

The city would prefer to rehabilitate substandard housing rather than demolish the structures, Moore said. Recently, owners of substandard housing tend to be out-of-town property owners who may not care that much or at all about the condition of their properties.

“Every avenue is explored to try to get them to take care of the house, but in a lot of cases they just have to just condemn it, acquire it and demolish it,” Moore said.

For about three years, the city became more aggressive in dealing with structures that do not meet the minimum housing code and/or building codes.

After the owner of a structure had been given a reasonable opportunity to bring the building into compliance with the city’s minimum housing standards and the state’s building code, the city can proceed with demolishing the structure, according to city officials. If city money is used to pay for demolishing the building, a lien likely will be placed against the land. The lien will have to be satisfied if and when the property is sold. Some owners paid for the demolition of their houses.

“Obviously, tearing it down is a last resort,” Moore said.