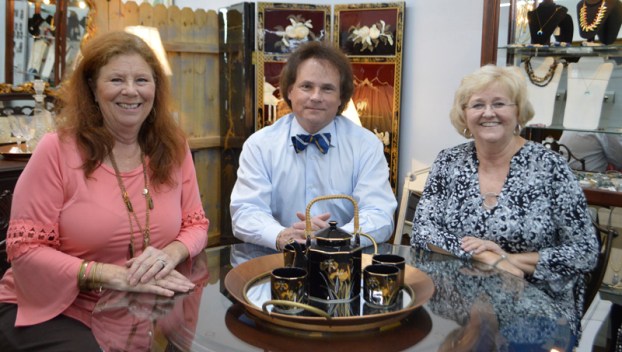 For the past 20 years, Greg Purser and Everett Duncan have built a business on adding unique touches to people’s homes. During those two decades, their business, The Purser’s Chest, has had 10 different homes, from Chocowinity to Main Street in Washington. In January, the business celebrated its grand reopening in its latest venue, combining retail space with Little Shoppes and South Market Antiques after a soft opening in November.

“We’ve always enjoyed being downtown,” Purser said. “Every time we get away from it, we seem to get pulled back somehow. I think it’s more the people than anything else.”

For Purser, his experience with antiques date back to his childhood. He and his grandfather used to visit an antique store in Chocowinity owned by Bernard Winfield. It was in the so-called Winfield building, on the corner of N.C. Highway 33 and N.C. Highway 17, that Purser would open up his first store many years later.

“After Everett and I got together, we both had an interest in antiques, and I think Mr. Winfield sort of helped promote us into opening our own shop and giving it a try,” Purser recalled. “I think he probably helped steer us in that direction when we got started.”

From their first store in the Winfield building, the two went on to open their second store on Main Street in Washington where the Southern Nest is located today. The Little Shoppes and South Market Antique building where Purser’s Chest now resides was actually home to the store a number of years ago. Pat Lewis and Rebecca Clark, owners of Little Shoppes and South Market Antiques, got their start renting space from the Purser’s Chest. 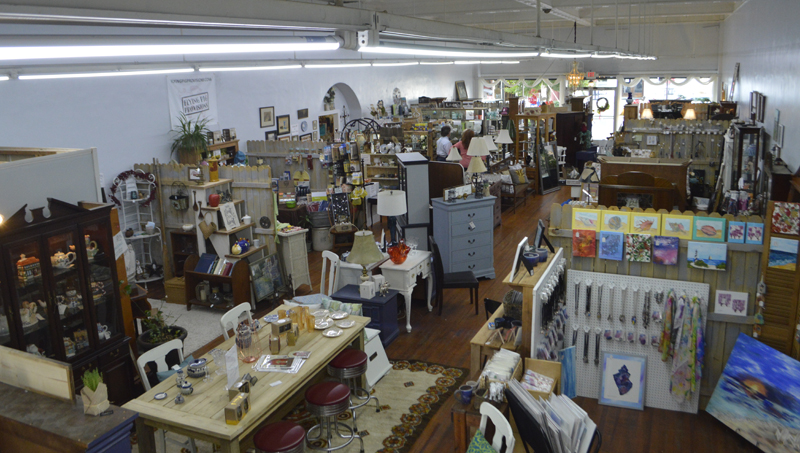 A WIDE SELECTION: Between the inventories of the Purser’s Chest, Little Shoppes and South Market Antiques, the three businesses have packed a wide variety of merchandise into the store on West Main Street. (Matt Debnam/Daily News)

“We were actually the ones that opened the doorway between these shops,” Purser said. “This, originally, was Heilig-Meyers years ago. It had been closed off for years.”

In addition to the selling of antique items and furniture, Purser and Duncan are also known for their interior design work. The two have worked with a variety of homeowners, selling not just antiques, but new furniture and home accessories, in addition to their full time jobs. While Duncan is a teacher, Purser works in the funeral business.

As to their timing in returning to Main Street, Purser says that now seems to be a good time to get back in the downtown community.

“In our 20 years in and out of downtown, we’ve seen a lot of ups and downs — businesses come and go, and storefronts that are vacant and filled and then vacant again.” Purser said. “This time, it looks like downtown is really on kind of an upswing. I hope this will be the turning point, because there are a lot of good people down here that have held on for a long time to keep business here.”