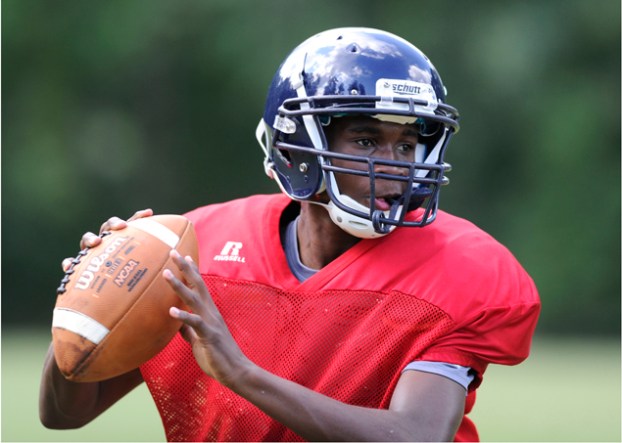 Area football teams back to work

When spring sports start to dwindle down, students and teachers alike start planning their summer vacations, the scorching hot heat of summer begins to set in, and in the distance, that sweet sound of pads popping can be heard.

Area high schools have made their ways back to the weight rooms in preparation for one of the most anticipated times of the year throughout the country — football season.

Washington, Southside and Northside all made the playoffs last season; The Seahawks were the only team to advance past the first round.

Every new season can be completely different than the last. It’s a fresh start, a clean slate for every team.

The Pam Pack will have plenty of senior leadership in the 2019 season. After finishing fifth in last season’s conference standings, the Pam Pack is looking to improve that behind starting quarterback Antwone Godley.

Last season, Godley was very efficient. He threw for nine touchdowns with only two interceptions throwing for 628 yards. That gave him a 112.6 quarterback rating. He also added 152 rushing yards with a touchdown to his junior campaign.

Washington will open up its regular season at North Pitt on Aug. 23. North Pitt finished with a 1-10 record last season.

Northside is also hitting the weights, as they are looking to bounce back from their 4-8 season last year and trying to improve from their sixth place finish in the conference.

“Our practices have been productive,” head coach Keith Boyd said. “We have seen about 35 kids throughout May workouts.”

Northside won’t take the field against an opponent until their scrimmages on Aug. 14 at Northside and Aug. 16 at South Creek. Northside’s first regular season game is scheduled for Aug. 30 at North Duplin, which the Panthers beat 22-0 last season.

Southside had the best season in the county from a record standpoint, and they played a week longer than anyone else in the area. The Seahawks finished with a record of 5-8 last season and made it to the second round of the 1-A state playoffs before losing to Pamlico County.

The Seahawks won’t have their starting quarterback next year in Will Warren, who is headed to Mid Atlantic Christian University to play baseball next spring. So there will be some competition between Shawn Gerard, Hundley Stallings and Quamari Blount this summer to see who will be taking the first team reps come game day. Southside will begin their regular season at Ayden-Grifton on Aug. 23.