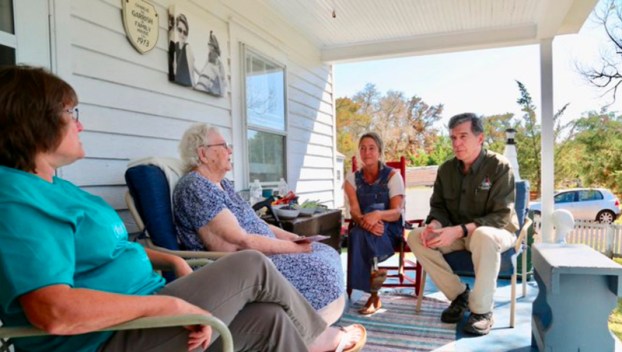 “Ocracoke hurricane survivors have been through a lot, and they’re working hard to recover. I am pushing for federal assistance to help get resources where they are needed in addition to state resources we’re already providing,” said Gov. Cooper.

Gov. Cooper and cabinet members visited a temporary medical center and a volunteer fire department to thank volunteers for their efforts to mitigate Hurricane Dorian’s impacts and to care for those affected by the storm. They also stopped in Ocracoke’s Historic District to speak with individuals whose homes were damaged in the hurricane.

In addition to these measures, Gov. Cooper has made formal requests for both federal Public Assistance and Individual Assistance from the Federal Emergency Management Agency, now awaiting their approval.

From the Hyde County Health Department Mosquitos have become a huge nuisance to Hyde County since Hurricane Dorian, and as... read more