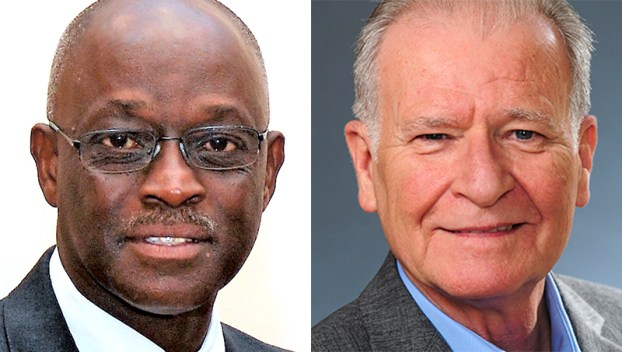 The toss of a coin, drawing names from a hat, the splitting of a turkey wishbone, a game of Washingtonopoly — these were some of the methods suggested, only half in jest, to potentially settle the Washington City Council race, which is in a two-way tie after this morning’s canvassing meeting at the Beaufort County Board of Elections.

With the addition of provisional and absentee ballots during the meeting, candidates William Pitt and Roland Wyman are tied for fifth place in the Council race, with 621 votes each.

What followed was an automatic recount of every ballot cast in that race. One-by-one, Board of Elections staff fed each ballot through voting machines to verify the totals from one stop voting and election night, adding in the provisional and absentee ballots.

During the machine recount, a discrepancy of one ballot, which left Wyman with one vote less than election night totals, led to a hand-eye recount of ballots from Washington Ward 1.

During that process, one lightly-marked ballot was found in Wyman’s favor, leaving the race in a dead heat this afternoon. To ensure a fair outcome and leave no questions as to the results, the Board of Elections has decided to recount every ballot cast in the Washington City Council race by hand this afternoon.

If the contest remains tied, state law dictates the election will be determined by lot, leaving the outcome of the Washington City Council race to random chance.

CHAMPIONS: Of the 22 teams competing for the title of champion in the 2019 Washington-Beaufort County Chamber of Commerce Trivia... read more