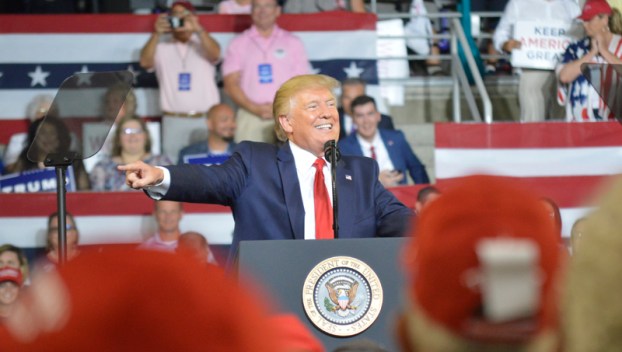 I have a novel idea: let’s stop blaming the president for all the problems in the world. I am pretty sure we have enough of our own personal problems to sort out.

Does anyone remember when the president stopped flights coming from China and the left, including Joe Biden, derided him as a racist? Meanwhile, the Centers for Disease Control and Prevention has stated that that action has saved thousands of lives in our country. Maybe even yours or a loved one’s! Any thanks to the president? Nope. Many express only outrage and hatred.

Regarding ventilators: I understand that it is the individual states’ responsibility to buy, maintain and store ventilators, not the federal government’s. So what did New York State do when they could have bought them cheap several years ago and were warned of a pending disaster? Obviously, they did not buy ventilators.

And where were all the committees and sub-committees of Congress? Speaker of the House Pelosi and Rep. Adam Schiff had them embroiled in a futile impeachment battle, while none of the other business got done. Looking back on it, which was more important: the impeachment or discovering the virus?

There are plenty of accusations that can be made. But, if we must lay blame, let us place it where it rightfully belongs: on the Chinese communist government which withheld critical information and lied about the virus to the entire world. They, not the president, deserve our outrage.

It is time we united to defeat this horrible pestilence.

The number of confirmed COVID-19 cases in North Carolina continued to rise from 3,472 Wednesday to 3,730 Thursday. There have... read more