The Hackney, Rotary step up to address student internet access 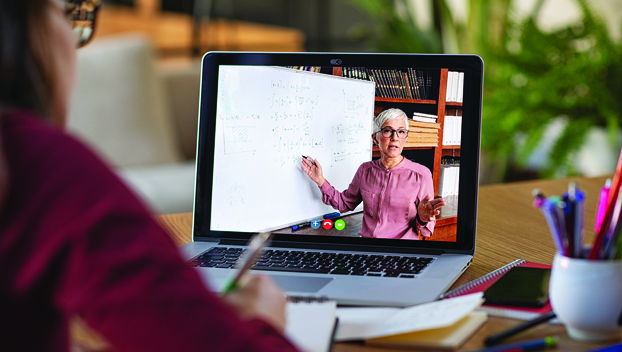 Editor’s note: In a previous version of this article, it was incorrectly stated that the lack of wireless hotspots was due to a $20,000 budgetary shortfall at the school system. In fact, 200 students are on a waiting list to receive hotspots because their needs were not reflected in a community survey conducted by the school system earlier this summer. In addition, it was initially reported that the number of hotspots still needed was 100. Since the initial article, that number has increased to 200. We are happy to set the record straight.

The Hackney and Washington (noon) Rotary are teaming up to address a pressing need for Beaufort County Schools students who lack internet access in their homes.

As school started back this week, BCS began its fall semester under a system of remote learning due to COVID-19. Though the school system prepared by providing iPads, Chromebooks and wireless hotspots to kids without technology, BCS learned of approximately 200 additional students who needed access to hotspots beyond the 1,068 it had already purchased. That unanticipated need was not reflected in a community survey the school system conducted this spring.

“There’s a waiting list because all those people showed up after the actual survey that was originally put out,” said BCS Superintendent Matthew Cheeseman. “They announced that they needed help after the order went in.”

Enter The Hackney and Rotary. According to The Hackney owner Nick Sanders, the impetus for the sponsoring those hotspots came during a conversation between him and another local business owner, who were discussing the needs of the community, and the ability of the late Washington Mayor Mac Hodges to get things done.

“We were kind of musing how easy it is to feel powerless with this whole COVID thing, and how you can’t really make a difference except to keep your own business and your own health, and then we started thinking, ‘Well, maybe that’s not really true,’” Sanders said.

Reaching out to the school system earlier this week, Sanders learned of the need for hotspots, which affects students in some of Beaufort County’s most remote areas. The total cost to cover those services for a year weighs in at around $60,000, and Sanders says the goal of the fundraiser will be to prevent the school system from having to find that money elsewhere, when budgets are already tight.

Connecting with Rotary, the business and civic organization rolled out an effort to sponsor that need. Donations will flow through the Rotary International District 7720 Charitable Trust, making contributions tax-deductible for donors.

Spearheading the project from that angle is Rotarian Bob Douglas, a retired school superintendent from Tehama County, California. As a former educator, he recognizes the immense challenges students and school systems are facing locally and throughout the country.

“When Nick posed this to us, I thought, ‘We need to be a part of this. This needs to be solved,’” Douglas said. “I know that school districts are struggling for funds, like everything else is right now. So it made sense to put this together and try to move it as quickly as we can and get people involved. There’s the old saying ‘Many hands make light work.’ If a number of people give a little bit, we can reach this goal fairly quickly and get these kids online.”

In the course of a few days, the fundraising effort has already amassed commitments from local businesses and individuals to provide $7,000 in matching funds for every donation received from the community. For Sanders, it’s all about students having the tools they need to reach their full potential.

“I think it’s a compelling thing,” Sanders said. “The least we can do is give people access. I think Beaufort County Schools has done a great job of planning the semester and the challenges they’re going to face. But they could only build around what they knew at the time. That’s where the shortfall comes in.”

“Basically, the benevolence of the people in our community, like many small, rural communities, is just pretty amazing,” Douglas added. “People realize the importance of education. These kids are the future of this community, the future of our nation and our future business leaders. We need to not let them miss any more education than they’ve already missed. They’re already facing the greatest challenge that American students have faced in 100 years, and we don’t need to compound that by a lack of action.”

Those wishing to help with the effort can contact Sanders at 252-347-4243, by email at nick@thehackneydistillery.com or Bob Douglas at 530-949-1332 or by emailing bd2012douglas@gmail.com. Donations can be made by check, payable to RI District 7720 Charitable Trust, with “Hot Spot Project Washington Noon Rotary” in the subject line. Donations can be mailed to 627 W. Main St, Washington, NC 27889 or dropped off at The Hackney. Donations can also be made online at www.washingtonnoonrotary.org/hotspots-for-students.