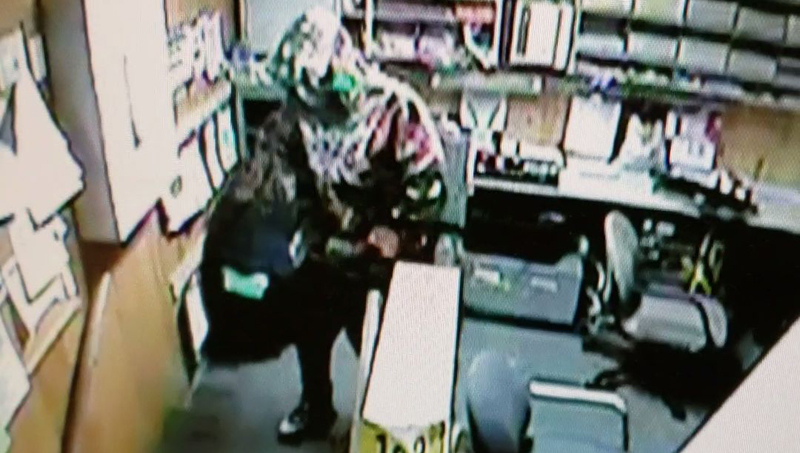 SEEKING INFORMATION: The suspect is described as a Black male, between 5 feet 10 inches and 6 feet tall, wearing a multi-colored hoodie, black pants and black and white shoes. He may have been traveling on 10th Street in a white vehicle just before 8 p.m. Monday. (Washington Police Department)

The Washington Police Department is seeking the public’s assistance in identifying a man who robbed the CVS Pharmacy on John Small Avenue on Monday evening.

According to a press release from the WPD, officers responded to the pharmacy at 7:55 p.m. Monday night after receiving reports of an armed robbery that had just taken place. The release says a Black male suspect entered the building armed with a handgun, demanding money. Washington Police and Fire Services Director Stacy Drakeford said the money was taken from the office area of CVS, rather than the cash register.

Afterward, the suspect fled, making off with an unknown amount of cash. He may have been traveling in a white vehicle, according to the WPD. No one was injured during the robbery, according to Drakeford.

“What we saw, from other videos in the area, was that he parked the vehicle on 10th Street,” Drakeford said. “We think he left going west on 10th Street, but we’re not sure.”

The suspect is described as 5 feet 10 inches to 6 feet tall, with a thin build and wearing a multicolored hooded sweatshirt, dark pants and black and white shoes.

Anyone with information on the robbery is encouraged to contact Detective D. Watson at the Washington Police Department, 252-946-1444.