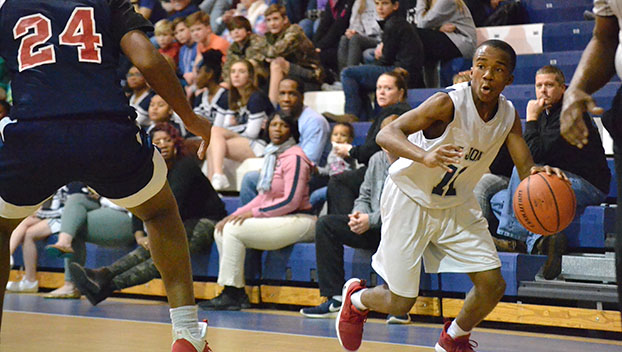 The 2021 P.S. Jones girls and boys basketball season has been canceled because of COVID-19 concerns. This photo is from a previous season. (File Photo)

Athletes at P.S. Jones Middle School will have to wait until spring to compete in athletics after the Pitt County Middle School Conference announced their boys and girls teams would not play basketball because of COVID-19.

The Demons are in the league with several Pitt and Greene County schools, while the rest of the Beaufort County middle schools compete in the Inner Banks Conference, which started basketball games earlier this month.

“We hate it for the kids, especially since they didn’t get to play fall sports, but this is the best way to keep them safe,” P.S. Jones Athletic Director Tim Cashion said. “We were geared up for basketball tryouts, but there has been such a big increase in virus cases and some schools had team in quarantine, so the conference felt like this was the safest thing to do. We are hopeful we can play our spring sports season, but it’s too early to tell.”

The Demons were set to open a 10 game basketball season on Jan. 28. The wrestling season was cancelled last month because of COVID related concerns.