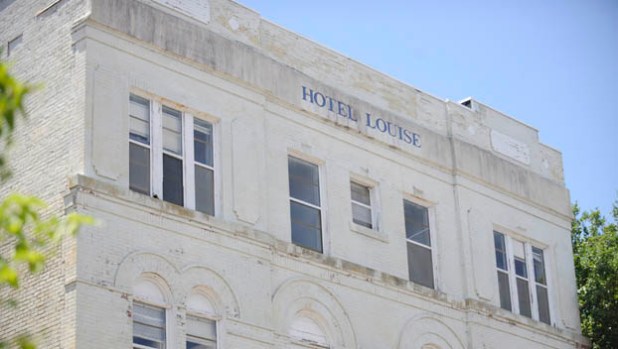 The Hotel Louise site has been vacant since 2010. It is contaminated with metals and inorganic contaminants according to the EPA. (Brandon Tester / Washington Daily News) 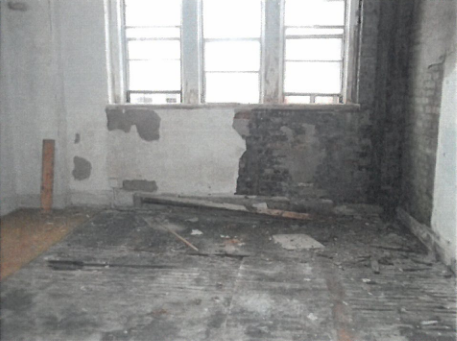 This photo, which was included in paperwork Lady Louise LLC submitted to the DEQ, shows the interior of a room in the vacant building. 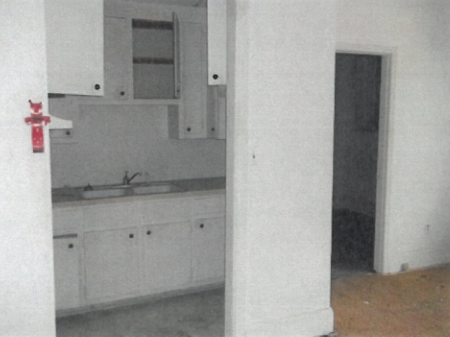 This photo, which was included in paperwork Lady Louise LLC submitted to the DEQ, shows the interior of a room in the vacant building.

The vacant Hotel Louise building in downtown Washington could soon be decontaminated and revitalized with a grocery store and 42 apartment units.

Located at 163 W. Main St, the property has been vacant since 2010. The building served as a hotel and a first-floor storefront until 1972, at which point its upper floors were repurposed as apartments and the ground floor was repurposed for commercial use.

The building is classified as a brownfield, which according to the EPA is “a property, the expansion, redevelopment, or reuse of which may be complicated by the presence or potential presence of a hazardous substance, pollutant, or contaminant.” In May, the EPA announced that a $500,000 Brownfields Cleanup and Assessment Grant would be used to clean up the building and its contaminants.

Lady Louise LLC has submitted to the North Carolina Department of Environmental Quality a “notice of intent to redevelop a brownfields property.” In their application, the developers indicated that the proposed redevelopment would boost job creation, increase the local tax base, revitalize a blighted area, preserve a historic space and incorporate environmental cleanup activities — in this case, getting rid of the contaminants.

“It has been vacant for approximately 10 years and in need of significant repairs,” the developer wrote. “It has become an eyesore in the community. This preservation project will bring a boost of life to the economy of Washington, NC. It will create a much-needed living space and make fresh foods available to the downtown area. We would expect permanent job creation of 5-10 people between the apartment maintenance and grocery operations.”

Lady Louise LLC owned the building before entering into a public/private partnership contract last year with the City of Washington. The developer transferred ownership of the property to the city because the city could apply for grant funding that the developer wasn’t eligible for — namely the EPA Brownfield Cleanup Grant and the North Carolina Neighborhood Revitilization Grants provided through the Community Development Block Grant Program. The two parties entered the contract on the basis that both sides recognize the value of redeveloping the property. The developer is still responsible for the cost of completing the project.

The developer said the property’s mechanical and plumbing infrastructure needs to be completely redone as part of the project. The developer also said said they will “attempt to expose and retain as much of the original brick walls and wood floors that have been covered by a century of remodel work.”

One part of the application asks the developer to prove that they “have or can obtain the managerial means to fully implement a Brownfields Agreement and ensure safe use of the property.”

“The (prospective developer) has stabilized dozens of distresses multi-family buildings over the last seven years,” the developers responded. “Projects have ranged from rebuilding a totally vacant 50-unit apartment complex, to converting a failing hotel into a successful apartment complex.”