Versatility on display; playing both sides pays off 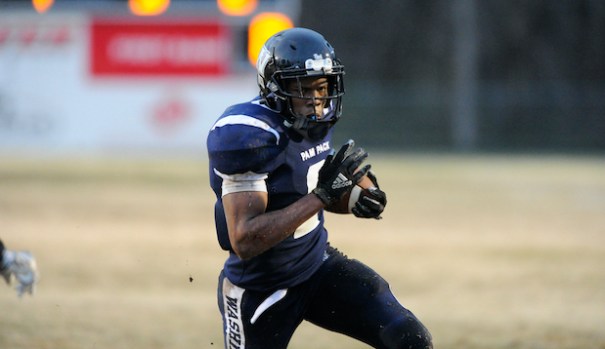 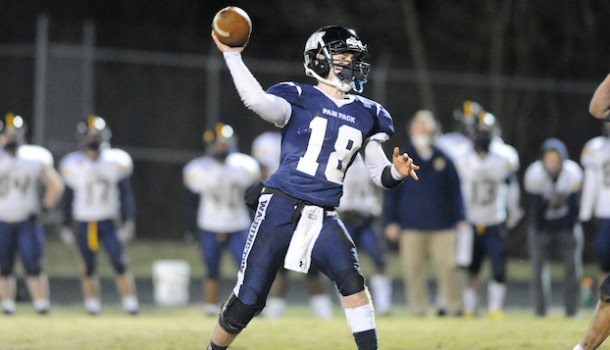 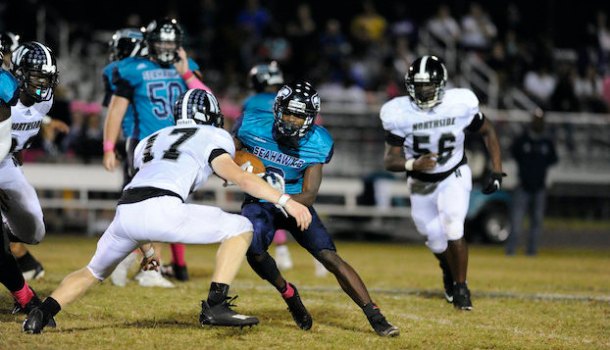 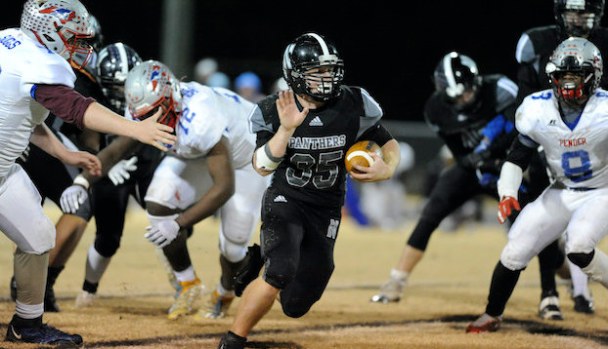 Northside’s Mitch Godley was the Panthers leading rusher and tackler. HighschoolOT.com recognized his effort with a spot on its All-State team. (Ashley Vansant/Washington Daily News

Washington’s Terry Moore and Hayes Pippin, Northside’s Mitch Godley and Southside’s Kenjray Coffield were honored for their efforts on both sides of the ball this fall.

Moore earned first team honors in the two-way player category after rushing for 2,089, scoring 38 total touchdowns and making 76 tackles, including seven for loss from his safety position.

He signed with Duke last month and is currently on-campus to start his college career.

Coffield and Godley were honorable mention in the two-way player category after leading their teams to deep 1A playoff runs.

Coffield ran for 1,451 yards and 20 touchdowns, while making 76 tackles (seven for loss) as a defensive back.

Godley rushed for 1,998 yards and scored 28 touchdowns, while leading the Panthers with 103 tackles at linebacker, including 14 for loss and a pair of sacks.

Pippin made honorable mention as an athlete after throwing for 2,172 yards with 21 touchdowns against seven interceptions, running for 1,279 yards and 12 scores and starting at linebacker the second half of the season after injuries decimated other players.

“HighschoolOT.com does a great job of covering football on a state-wide basis, so this is a big deal for all involved,” Washington coach Perry Owens said. “Terry is among the best to ever play here and is at Duke, while this is a much-deserved pat on the back for Hayes. He’s had a great career here and was our best defensive player outside of Terry down the stretch. He made all the decisions at quarterback and was also our long snapper. He’s sort of a throw-back guy who rarely left the field. I’m very proud of them on and off the field, as both are National Honor Society members.”

Owens noted that Moore and Pippin helped the Pack set the school record for points, touchdowns and total yards in a season, while setting the mark for points in a game with 74.

Godley helped the Panthers to the 1A state title game in the spring and to the eastern semi-finals this fall.

Coffield keyed a Seahawks turnaround from a disappointing spring to an 11-2 fall with both losses to Northside.