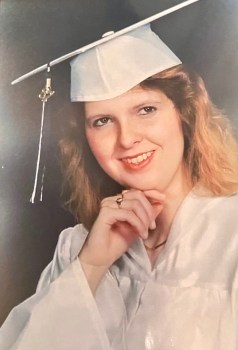 The 25th anniversary of Rebecca Moses’ murder was on May 17, 1997. Her family continues to search for her estranged husband, Ramirez Emigdio Garcia. 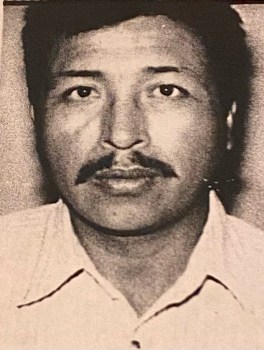 The 25th anniversary of Rebecca Moses’ murder was on May 17, 1997. Her family continues to search for her estranged husband, Ramirez Emigdio Garcia.

The family of Rebecca Moses continues to search for her suspected murderer 25 years after her death.

Moses’ suspected murderer and estranged husband, Ramirez Emigdio Garcia, was charged with first degree murder on May 17, 1997. He fled the area, never to be found.

Moses, of Beaufort County, was 34 when she was killed in Snow Hill, North Carolina. She and her two-year-old son, Corby, were staying with her friend who lived along Highway 58 South near Rainbow Church, according to an incident report provided by Greene County Sheriff’s Office.

Moses was found by responding officer Tony Shingleton and Trooper Tyrone Hunt. Per the incident report, Moses and Corby went to bed at 9 p.m. There were seven people in the home, not including mother and son. Moses and Garcia argued before she went into a bedroom and locked the door. Garcia forced his way through the doorway and shot Moses.

Garcia has a warrant for arrest. Current Greene County Sheriff Matt Sasser said the department is willing to work with anyone who may have new information related to the case.

Moses was a young mother when she and Garcia wed. Wilkerson said the pair married quickly and Moses believed Garcia would be a “good father” to her son Corby.

Wilkerson believes her sister was a victim of domestic violence. “She did the right thing by leaving him and then she still gets killed.”

On reflecting that it has been 25 years since her younger sister’s untimely death, Wilkerson said “it’s been emotional.”

Not having closure has been “absolutely awful,” Wilkerson said. “Not having anything and knowing who did it, but not finding him…”

“Her,” Wilkinson said in talking about her sister as the reason why she continues to search for Garcia.

Recently, Wilkerson met the friend whom Moses stayed with in Snow Hill the night she died. The friend was at home the night Garcia murdered Moses.

“I think us meeting with her maybe it helped her out and it helped us…It was very emotional and I was glad to find her,” Wilkerson said. She hopes a friendship between her and Moses’ friend can develop, Wilkerson said.

Wilkerson was 13-and-a-half years old when Moses was born. They had a close relationship until Moses became a teenager and began to spend time with her own friends. Once Moses became a mother, she and Wilkerson became close again.

Wilkerson said she would take her younger sister horseback riding. She giggled remembering how Moses tried to ride a horse, but was not good at it. They would go to the movies, and Moses would look after Wilkerson’s children when she got older.

Moses was a “very caring” person, Wilkerson described. She worked as a nurse’s aide at a nursing home. Moses lived with her parents after she left Garcia. Her parents took care of Corby when she was at work.

Wilkerson said Corby rarely spoke about his mother’s death. She believes he “held a lot of it in.”

Moses had an older son, Clifton, who was with his father the night of the murder. He was about seven years old at the time.

Corby was killed in Martin County in June of 2018 at the age of 23. He died of gunshot wounds. David Hollis, 42 at the time, was arrested and charged with murder. Hollis lived north of Robersonville, according to media reports.

Having lost Moses and Corby has been “really tough” on the family, Wilkerson said. Moses’ mother, Charlotte Moore, adopted Corby after her death. Moore is now 85 years old.

Wilkerson described her mom as a “strong woman” to have lived through two deaths. Wilkerson said it was like her mom lost two children since she and her husband raised Corby.

Moore and her husband began investigative work into locating Garcia.

They went to surrounding areas and bars in addition to having Garcia’s picture printed on posters, Wilkerson said. Most of the information the family has about the murder has come from the parent’s research.

Prior to Corby’s death, the family put Moses’ murder “on the back-burner,” Wilkerson said.

Wilkerson’s daughter, Kayce Waters, started a Facebook page called “Justice for Rebecca Moses” hoping social media would lead them down a path that would help them find Garcia.

Wilkerson is “impressed” with her daughter. She is “very proud” of Waters. “It means a lot,” she said tearfully.

“We’re a normal, average family. One murder is strange, but we’ve got two of them in the same family,” Wilkerson said.

Wilkerson said her mother, who lost both a daughter and a grandson, struggles to make sense of it all. “I think I’m a pretty good person,” Moore said. “I go to church. I try to help people. I don’t lie. I don’t cheat. I don’t steal. Why does this bad stuff keep happening?”