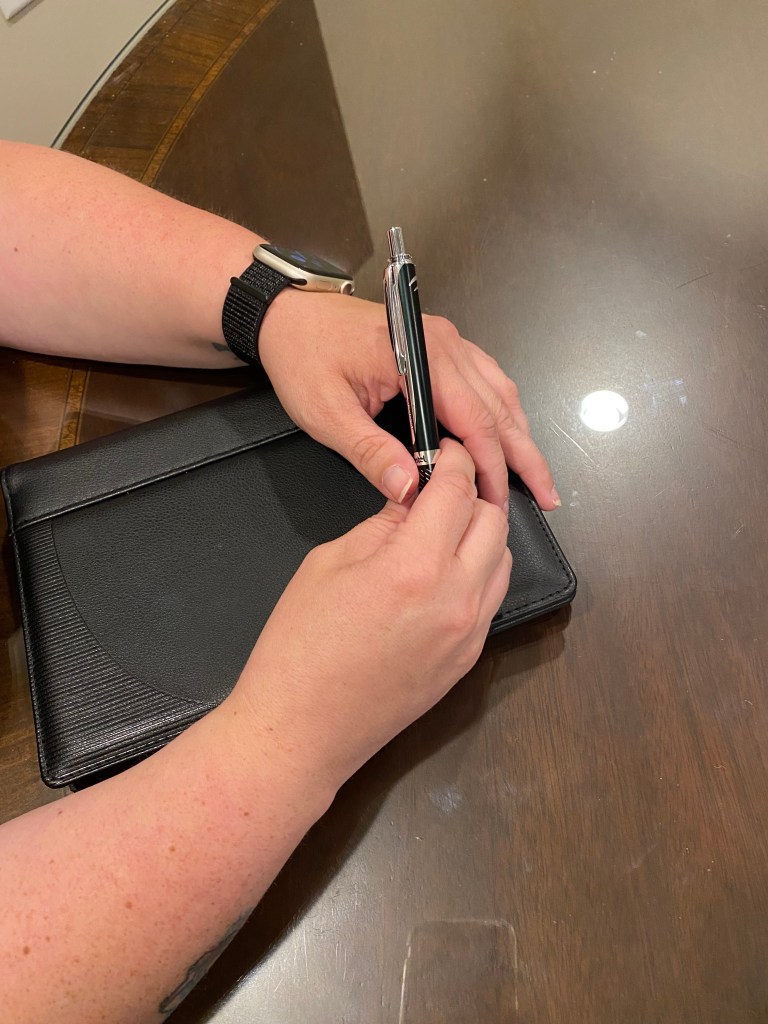 Hall said she takes photos of residents’ hands because it adds to the mystery of their identity. Also, she believes it prevents people from judging residents if they can’t see their faces. It’s up to readers to visualize the resident, Hall explained. Photo of Hall’s hands by Holly Morgan.

Ashley Marie Hall, with A Serendipity Massage & Bodyworks, LLC in Chocowinity, likes getting to know the people of Beaufort County. She created a personal blog on Facebook earlier this month sharing stories from residents she’s met.

Hall started “People of Beaufort County,” because she believes “everybody has a story.”

“Every person you meet is the next book. As soon as you put it down, I’m ready to go meet another one,” Hall said. What inspired her to start the blog was thinking that some people may not have someone with whom to share their thoughts, feelings and personal stories.

The residents either remain anonymous or share their first name and age. Hall, 35, asks them about their lives. She ends interviews by taking a photo of the residents’ hands. She believes hands can also tell stories.

Hall lives in Washington with her husband and three children. They moved to the area last July. Hall and her husband grew up together when they were in middle school and reconnected later in life. She has fond memories of visiting her grandmother on the weekends at Twin Lakes in Chocowinity.

“We would ride the firetruck and a train,” Hall shared adding she would watch movies with her grandmother on a lawn. At Twin Lakes, she could be out all day with friends, but had to be home by nightfall.

As a massage therapist, Hall takes comfort in knowing she can teach people the healing effects of touch. “So many times we’ve been hurt either physically, mentally or spiritually with people’s words or actions…,” she said. She helps clients see a “good way of touch” through massage.

One thing residents of Beaufort County should know about Hall is that she is “a person just like them” and “we have chapters and just know that it’s okay to talk.”