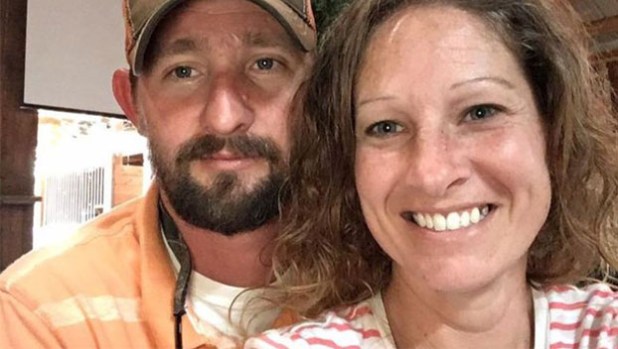 Will and Mandie Boahn. Photo used with permission 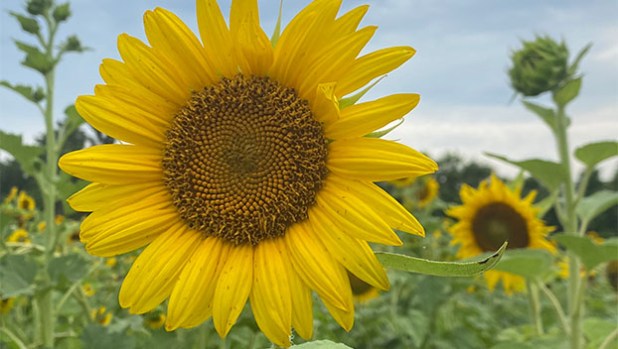 Raised in a Barn Farm is keeping the sunflower field open on the weekends. Guests can pick and purchase sunflowers. A photographer is on site to take family photos.

Will and Mandie Boahn have supported their community over the years, but now they are the recipients of the community’s support.

The Boahn’s own and operate Raised in a Barn Farm in Chocowinity where annual events; fresh cut sunflowers, Nights of Fright and Nights of Lights are held.

The Boahn’s are known for their generosity, Beth Moulton says.

“Mandie and Will are the kind – they take care of everybody. Anybody that they find out needs help or is down on their luck or anything. They’re just the kind of people that would let their lights cut off before they let your lights get cut off,” she shared.

However, the community is rallying together to help the Boahn’s pay for medical and living expenses while Will is in the hospital then receives continuous care at home. A GoFundMe page was created by William Reising. Initially, it was set to $2,000, but when the goal was exceeded Reising increased the goal amount to $5,000. Boahn’s family is not releasing information about his diagnosis at this time. Reising shared that it could take up to eight weeks for Boahn to recover. Given Boahn’s recovery time and that he will be unable to work, the goal amount was increased. “As the diagnosis has come back, we understand that the problem’s going to be a little bit longer. We move the goal accordingly,” Reising said.

When the sunflower field at Raised in a Barn Farm was opened to the public on Saturday, June 18, Will was in the hospital. Little information about his condition was released, but advertisements for the event specified that proceeds would help pay for his medical expenses. Some guests, in addition to paying admission and the price of the sunflowers, made donations to the Boahn family. Moulton recalled one couple who not only donated $200 but traveled from their home close to the Virginia border.

“That kind of outpouring has really touched my heart,” Moulton said. She continued to say it seems people are unkind to each other either in person or online; however, witnessing the generosity of community members and people from out of town rekindled her faith in humanity. “I found that very uplifting and touching,” she said.

Boahn is a farrier in addition to running the farm. He is a father to four children, one of which lives on the farm plus Mandie’s grandmother and Mandie’s sister who has special needs and her sister’s husband (through common law marriage) who also has special needs who all need a caregiver. Willie, Mandie’s cousin, and his family are living at the farm while their home is being constructed. Moulton has taken a role as a caregiver and a steward of the farm in the Boahn’s absence.

When asked how Mandie is holding up through her husband’s illness, Reising and Moulton immediately replied, “she has not left his side.” It’s been about two weeks since Boahn was admitted to the hospital. Moulton said Mandie has only been home once. She came home to shower and change clothes because doctors suggested transporting Boahn to another hospital. Mandie quickly returned to the hospital to be with Boahn.

“They are such an amazing couple,” Moulton said. “There’s not a lot of couples that can live together, work together, do everything together all of the time.”

“That’s the couple everybody wants to be like,” Moulton said.

The Boahn’s help out the community by offering volunteer opportunities to young people. They ask young people to assist with the Night of Frights and Night of Lights events by being either Halloween or Christmas characters, Reising explained. Also, the Boahn’s will allow some groups to use their farm free of charge such as film festivals. Reising said when a hurricane comes through the area, the Boahn’s are the first to appear at neighbor’s homes with chainsaws if they have a tree down.