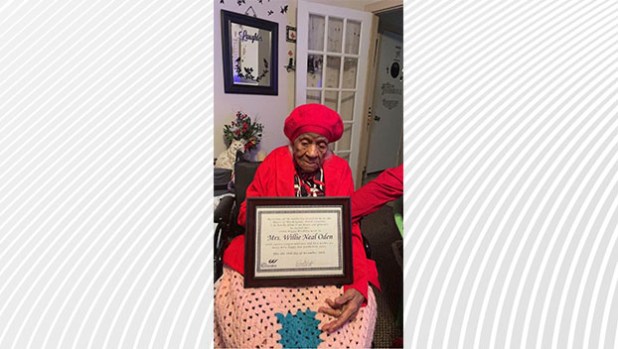 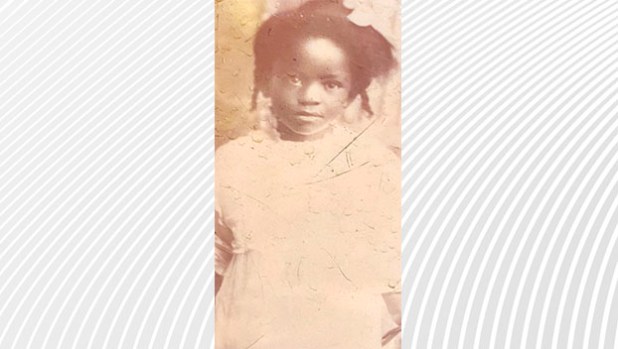 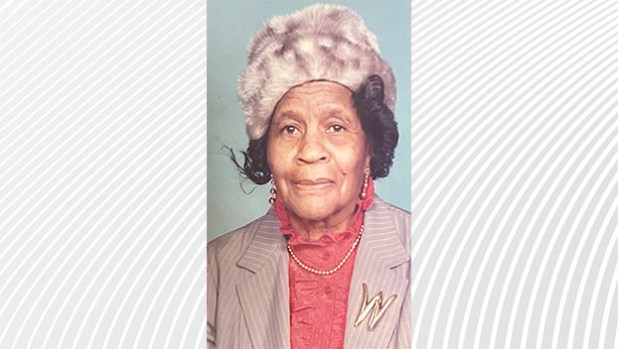 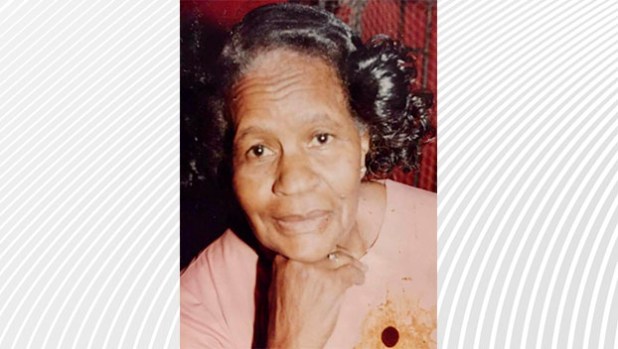 Willie Neal White Oden is potentially the oldest living Washingtonian at 107 years old. Her birthday was on June 8.

She mentioned attending St. Luke Church of Christ most of her life. She ushered at the church for years. She recited her favorite Bible verse, Psalm 23. When asked what makes life worth living, Oden responded by mentioning her faith in God and attending church.

Making sure her descendents receive an education is important to her. Having knowledge and learning how to be kind to others.

Oden, a Washington native, attended P.S. Jones School between the 1920’s and 1930’s, but did not graduate because she and her husband, Johnny, started a family and hog farm. In addition to hogs, they had tobacco, fruits and vegetables as well as a mule named Mary Kool-Aid at their home on Holley-Oden Road. Johnny built the home and they moved in “on the first day of December in 1950,” Oden said when interviewed by the Daily News four years ago on her 103rd birthday. She and Johnny were married for about 64 years before he died in 2004.

Angela and Susie Oden assisted Willie in answering questions from the Daily News during an interview on Monday afternoon (June 27). Angela explained that in the last two years, Willie’s memory has gradually clouded. Willie continued to walk until four years ago when she fell. Doctors said cartilage in her knees was completely gone and beyond operation; therefore, it would be safer if she were in a wheelchair. Three years ago, the only medication Willie took was for blood pressure, Angela shared. Also, the only hospitalization Willie endured before the last four years was when she had each of her seven children.

Angela attributed Willie’s good health to all natural remedies that were used in the olden days. Remedies such as sassafras tea which is believed to boost immune health, improve circulation, improve digestion, reduce fevers, reduce symptoms of arthritis and more. Some health professionals caution against overusing the tea because it may lead to cancer.

Angela described Willie as being a “dainty” and elegant woman who never drove and wore mink stoles and real fur before those pieces fell victim to smoke damage in a house fire. In the same conversation, Susie shared how she couldn’t watch Willie kill chickens that would later appear golden brown and fried on the dinner table.