Rachel K’s up for sale, not closing 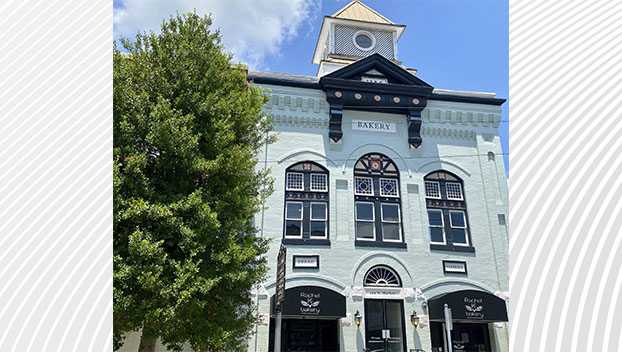 Rachel K’s Bakery was founded in 2010, but the current location opened in 2015. It is for sale, but is not closing. Photo by Holly Morgan.

Rachel K’s Bakery in downtown Washington is for sale as of Friday, July 1, 2022. Local realtor and broker, Scott Campbell, published a listing for the bakery on Friday. The bakery is not closing, but is looking for a new owner, according to a social media post from Campbell.

The listing for the bakery has it priced at $599,900. It is located in a historic building (constructed in 1884) on North Main Street that was formerly Washington’s City Hall. All of the equipment and fixtures will be sold with the building.

Rachel K’s Bakery was founded in 2010 by Rachel (Midgette) Jordan. She started by baking breads and pastries then selling them at local farmer’s markets. Four years later, she purchased and renovated the current location. The doors were opened for business in March of 2015, according to the bakery’s website.

Two years later, the bakery started a free pantry to address food insecurity in the Washington area. Behind the bakery, there is a box of non-perishable foods that are donated.