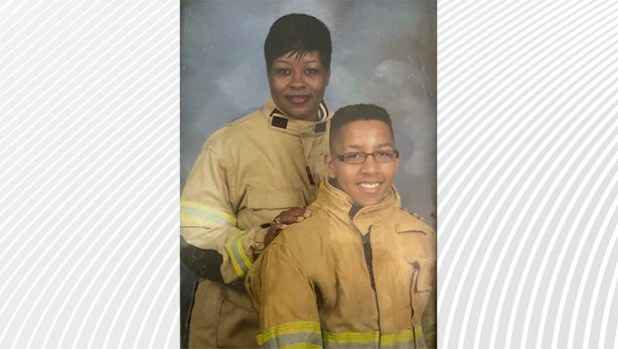 Paniagua with his mother, Pamela. Both were firefighters with Pantego Volunteer Fire Department. Franks said mother and son were "inseparable." Photo courtesy of Treven Franks. 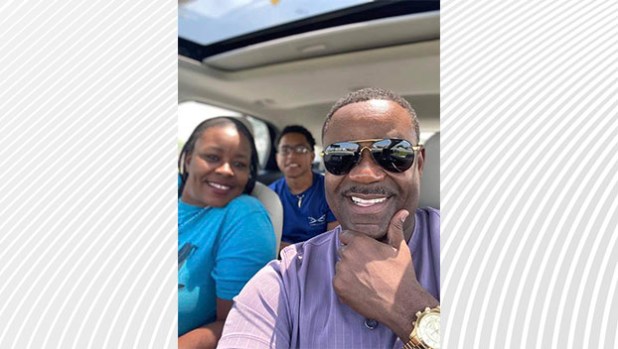 Paniagua (in the background) with his mother and uncle, Treven Franks. Franks described his nephew like a lighthouse to illustrate how Paniagua could light up an area with his smile. Photo courtesy of Franks.

Bennett Paniagua Jr. (BJ), 21, of Belhaven, died on Saturday, July 2, succumbing to injuries sustained from a collision between his dirt bike and a sedan between 8 p.m. and 8:30 p.m. in Belhaven town limits on W Pantego Street and near Northside Park, according to Treven Franks, Paniagua’s uncle who is a former officer with Washington Police Department.

Paniagua died at the scene, Franks said. Paniagua’s mother, Pamela is a firefighter with Pantego Fire Department. She received a personal phone call about the accident and arrived before emergency medical services. She checked for a pulse, did an assessment, triage on her son and cried out for help, Franks said.

“It was devastating for her not only to respond to that call but to get there and discover it was her only son,” Franks said. Paniagua has four sisters, but he was the youngest child.

There is an active investigation into the accident, according to Seth Edwards, district attorney for Beaufort, Hyde, Martin, Tyrrell and Washington counties.

Franks described his nephew like a lighthouse to illustrate how Paniagua could light up a room with his smile.

“He was a ray of light. He was like a lighthouse. Everywhere he went, he illuminated that environment,” Franks said. He continued to share that Paniagua had an “infectious smile” and charisma.

In addition to being an outgoing and popular person, Paniagua was a dependable person always willing to lend a helping hand, Franks said. At a vigil held on Tuesday night, Franks said there were many people sharing how Paniagua helped them in times of need whether they needed a ride, food or money.

“That was the [Paniagua] we knew,” Franks said. “He was very loving. His aura was very pleasant to have in your midst.”

He shared that Paniagua enjoyed purchasing vehicles and bikes in need of repair then fixing them and selling them for a profit. One of his passions was writing rap music and was interested in pursuing music as a possible career. Also, Paniagua was a volunteer firefighter at Pantego Volunteer Fire Department with his mother.

Takeem Crandell, of Belhaven, was a close friend of Paniagua. Crandell and Paniagua met through basketball. Crandell coached Paniagua and from that time their friendship formed. They were part of a truck club and would attend truck meets. Crandell shared that Paniagua liked to buy, sell and trade trucks and dirt bikes.

Crandell was with Paniagua the night of the accident. He went with Paniagua to purchase a dirt bike earlier that night. He looked forward to riding the new bike with his friends in the Belhaven Fourth of July Celebration parade on Monday. Within 20 minutes of returning home with the bike, the accident occured, Crandell said.

“I’m still not used to it, but I’m trying,” Crandell said about the passing of his friend. He said he remains strong when in public, but becomes emotional when he is in private at home.

A vigil was held in Paniagua’s memory on Tuesday, July 5. Franks said several hundred people attended. There were candles with Paniagua’s name on them, gospel songs were sung and a prayer was led by a local pastor. Also, people who attended recalled stories of Paniagua. Two other events will be held that aim to raise money for Paniagua’s funeral and the cost to fly in two of his sisters. The first event will be a fish fry on Friday, July 8 at 3 p.m. at the Farmer’s Market in Belhaven. The second fundraiser will be a benefit cookout at 3:30 p.m. at Kingdom of Life Outreach in Belhaven.

Per his obituary, “a visitation will be held Tuesday, July 12, 2022, from 2 p.m. until 6 p.m. at Paradise Memorial Chapel. A Celebration of Life will be held 2 p.m. Wednesday, July 13, 2022, at White Plains Church. Burial will follow, at Northside Cemetery in Belhaven NC. Ministry of Comfort Entrusted to Paradise Funeral Home Inc.”