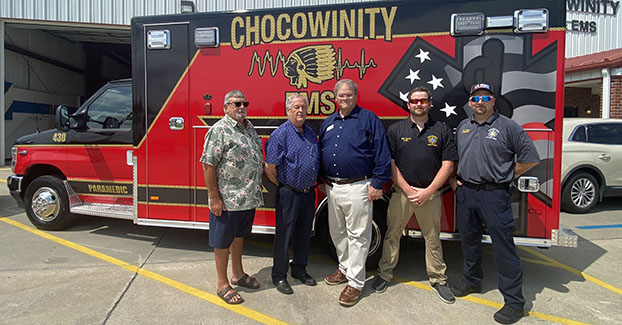 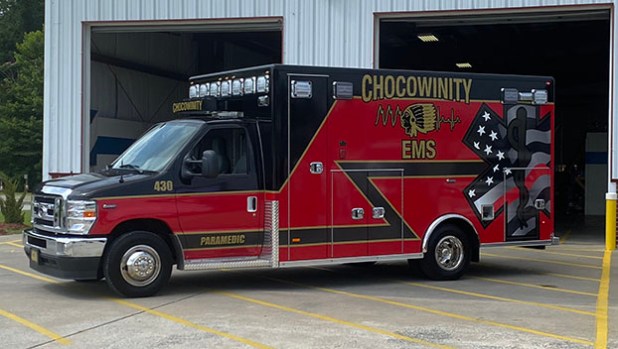 The new ambulance was purchased with COVID-19 appropriations and cost $235,000. Photo by Holly Morgan 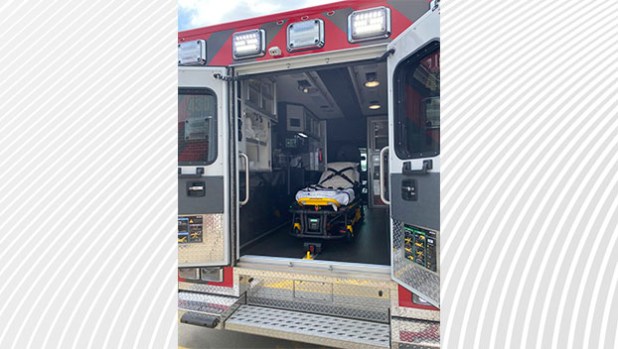 A new power load stretcher will make it easier and safer to transport patients in addition to alleviating stress on responders’ backs. Photo by Holly Morgan

Next week, Chocowinity Emergency Medical Services (EMS) will roll out a new ambulance. According to EMS Captain, Brandon Elks, has not had a new ambulance in about a decade.

A new ambulance was necessary, because previous ones often had mechanical issues causing the maintenance budget to double to pay for repairs. Belk said one ambulance broke down on the side of the road.

“The safety and the security of knowing that our patients are going to be safe and the town members don’t have to worry about the truck breaking down or air conditioner not working for somebody in the back – it means a lot for Chocowinity and Beaufort County as a whole,” Elks said.

The new ambulance has a modern, power load feature that automatically releases and returns the wheels on a stretcher. This, Elk said, will alleviate a lot of stress on responders’ backs.

Elk continued to say that as a native of Chocowinity, it’s nice to see that it has a new ambulance that has a sleek design inside and out. “Being a hometown boy, it just means a lot to me that we were able to get this and that [Representative Keith Kidwell] was able to help us. It’s been very impactful and I’ve been very grateful.”

Chocowinity Mayor James, H. Mobley, Jr. said the new ambulance will help EMS respond to a projected 3,000 calls this year. Last year, they responded to between 2,400 and 2,500 calls, he estimated. Chocowinity EMS is a mutual aid – serving surrounding communities.

Chocowinity EMS contacted Rep. Kidwell in hopes he could provide assistance in getting a new ambulance. Kidwell secured $235,000 in COVID-19 appropriations for the purchase.

Kidwell knew first hand that EMS needed a new ambulance when he was transported in it during a medical emergency.

“It was a pretty easy decision,” Kidwell said. “I got hauled off in one of their buses a couple of times, as did my wife, and I was like, ‘boy, the air conditioner doesn’t work, it’s crowded, things are breaking down.’ It was pretty obvious they needed a new truck.”