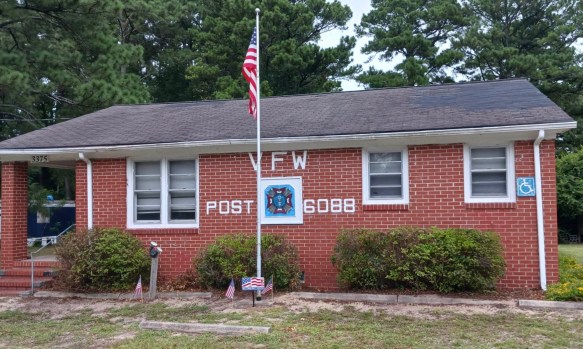 The VFW Post 6088 facility was in desperate need of repair. Townsend, Barker and others have spent their own time and money refurbishing it in the hopes it will become a place enjoyed by VFW members and the community. Submitted photo. 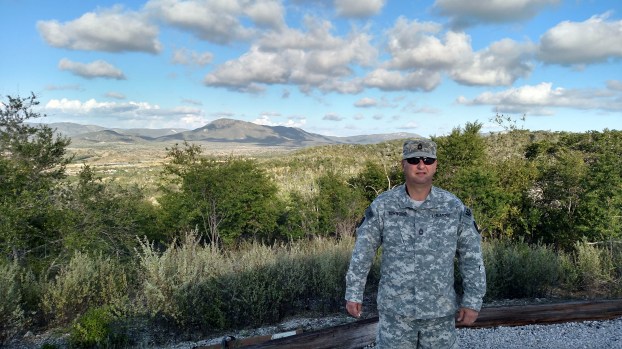 The goal is to make the building a space for VFW meetings and community events.

Townsend retired from the U.S. Army in 2017 after serving three deployments. Townsend was a recruiter in the Washington area following his first deployment which was shortly after Sept. 11, 2001. During his second deployment, Townsend and his wife moved away, but kept a house in Washington and rented it out. They moved back to the area in 2020 after he retired.

Since moving back, he had not seen anyone at the VFW building. Everytime he passed the building, he never saw a vehicle parked there, he said. The rebuilding project began in January 2022 when he finally located the Commander. Townsend went to the first meeting which had about three or four men who regularly attended.

“The facility was just run down from neglect,” he said. There were “gaping holes” in the sheetrock in the ceiling.

Over the last two months, Townsend, Barker and others transformed the interior of the building including fixing the inside roofing and sheetrock as well as painting the ceiling, painting the walls, remodeling two bathrooms, installing new lights and cleaning. They used their own money and did the labor themselves.

Townsend shared that a VFW district meeting is upcoming. “I just couldn’t have our district and our state VFW Command team come down to this building and see it in such disarray.”

The roof continues to be in disrepair. Townsend estimates the roof to be about 30 or 40 years old and to have received many “patchwork” jobs over the years. A building fund has been created to put a new roof on the building. The fund has collected $3,200, but needs $15,000 total. This would also help pay for a new vent in the kitchen that is over a grill.

It is Townsend’s hope to get younger combat veterans interested in being members of the VFW. This “revitalization,” he says, will help support soldiers and the community. Also, he would like to see it award more sponsorships and have more community events at the building.

“Our whole goal is to not only serve our soldiers, but serve the community as well,” Townsend said. “And try to get us back out there where people, when they drive by, they say ‘hey, the VFW has cars there. That means somebody’s there. Maybe they can help us do something.’”

The VFW on River Road in Washington meets on the first and third Thursdays of each month. Meetings are open to the public. Donations can be sent to PO Box 362 Washington, NC 27889.