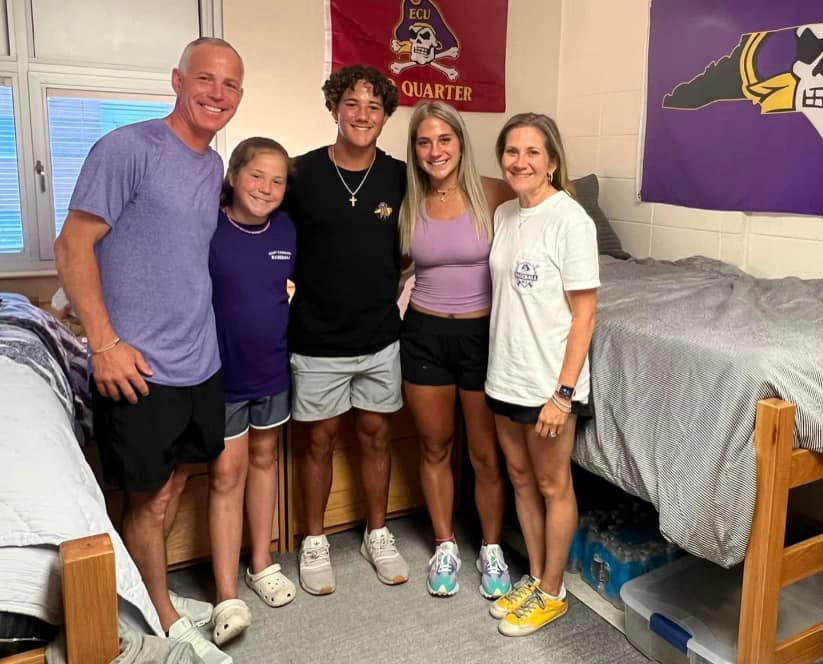 Parker Byrd (middle), an incoming baseball player for East Carolina University, was in a boating incident that injured both of his legs on Saturday, July 23.

Incoming baseball player at East Carolina University, Parker Byrd of Laurinburg, was injured in a boating incident at around 2 p.m. on Saturday, July 23 on Bath Creek. He was driven to Washington by emergency services before he was airlifted to ECU Health in Greenville.

According to N.C. Wildlife, two people were riding on an innertube tethered to a boat. One person fell off and decided to get back on the boat. “Byrd was approaching the boat which was supposed to be in neutral.  The ski rope got caught in the prop while the boat was in reverse and pulled Byrd towards the prop.”

The prop cut Byrd’s legs. His friends immediately pulled him from the water. They applied tourniquets to his legs and flagged down two boats. One of the boats had a nurse on board who when waved down showed how to apply a second tourniquet to Byrd’s legs, per N.C. Wildlife.

As of Sunday, July 24, Byrd had undergone two surgeries on his legs, according to a family member who posted to Facebook. They said the team of trauma, vascular and plastic surgeons were “optimistic that he would recover” and “it would be lots of work, but that he was in great shape, was young, and if he had the willpower then it could be done.”