Kids soar through the sky at aviation camp 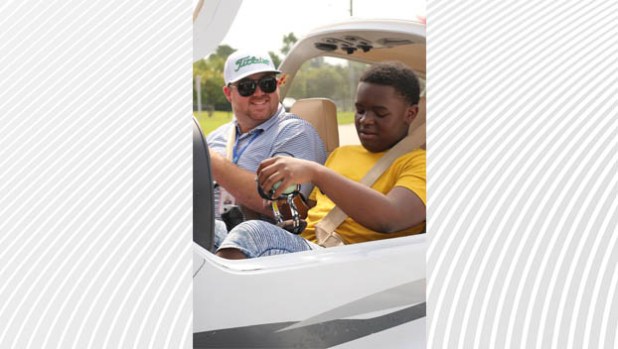 Camper Zach Gorham and a flight instructor return from flying. The camp was held at the Washington-Warren Airport in Washington. Photo by Holly Morgan 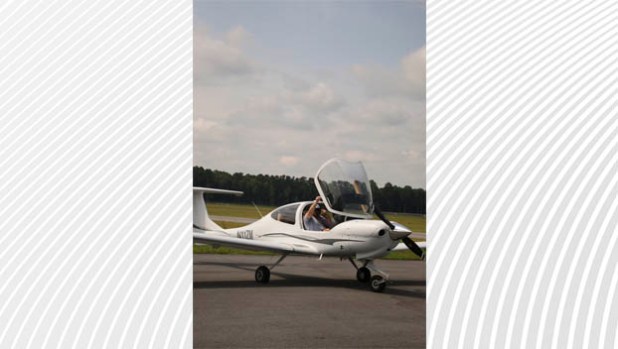 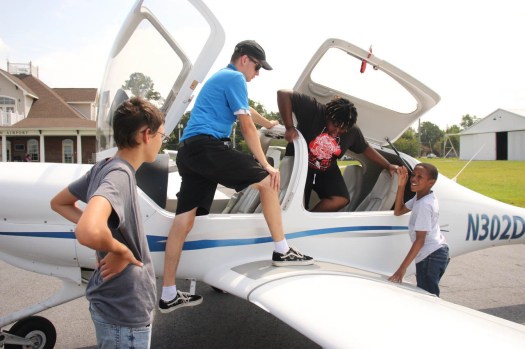 Campers and a flight instructor climb into a plane preparing for take off. Photo by Holly Morgan. 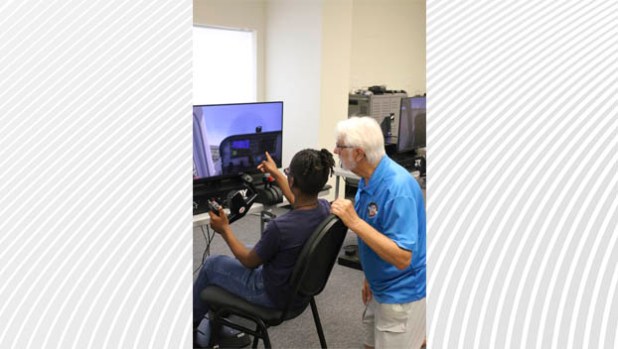 Twenty aviation campers at the InnerBanks STEM Center spent Friday morning (July 22) soaring through the sky as part of their graduation from the camp.

They learned how to fly a small airplane first through a virtual software program and then a flight simulator. On Friday, with guidance from an instructor from Dillon’s Aviation, Inc., campers flew a Diamond 40 airplane provided by Dillon’s Aviation Inc.  As one student flew, another was behind them observing. If a student encounters an issue, the instructor could safely take over control of the plane at any time.

“It gives them an opportunity to dream about the future,” Powell said.

Several campers like Aedyn Thorpe have never ridden in an airplane before. They were excited to not only ride in a plane and observe but fly it, too. Thorpe is interested in aviation and hopes to get a pilot’s license in the future.

Wysaan Moore said he had a lot of fun at the camp, because he’s had the “opportunity to do stuff that other kids haven’t been able to do.”

Moore said the camp gave him a “pretty good reason to be a pilot.”

Shyanne Boston, one of the female campers, said she is interested in chemistry. Seeing women in STEM related jobs is “pretty cool” because it shows her that she can do it as well.

A smaller, drone camp was hosted alongside the aviation camp. Kids were able to participate in flight simulations, but did not fly a small plane. The kids were from Hyde County which expands Inner Banks’ reach in getting kids interested in STEM.

The aviation camp is funded by the Tom Davis Fund and United Way.