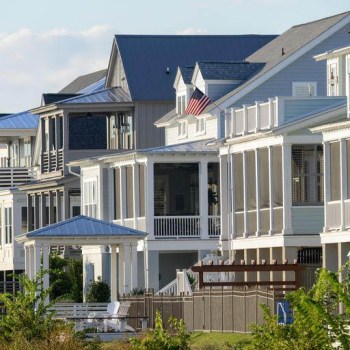 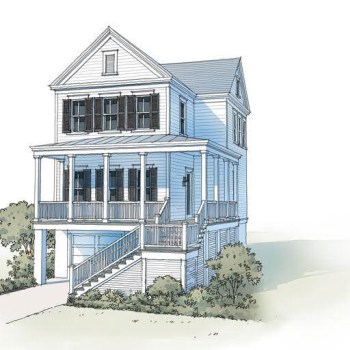 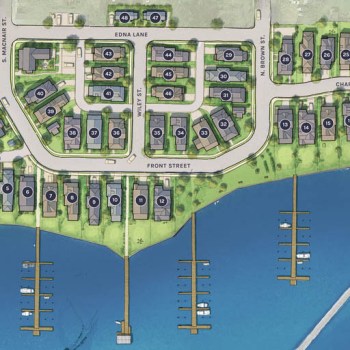 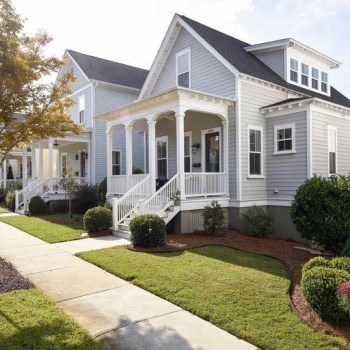 The second phase of the waterfront Moss Landing development adjacent to downtown Washington is anticipated to begin early this fall with 48 homesites. This is in addition to the existing 36 homes built by Beacon Street Development for a total of 84 homesites.

According to the developer, there will be new house plans that have a “broad spectrum of prices.” Pricing for lots is available on Beacon Street’s website and the website shows a range between $150,000 to $350,000. Beacon Street assists homeowners with choosing a lot, house plan and features inside the home.

The house plans mostly have three bedrooms and two-and-a-half bathrooms. The homes are planned to be between 1,600 and 2,700 sq. ft.

A model home (417 Moss Landing in Washington) is under construction.

President of Beacon Street Development, Jim Wiley said people move to coastal North Carolina because living by water is “magical.” Not only for relaxation, boating and fishing but practical reasons like connecting with neighbors, walking downtown for dining and shopping. He said there is an equitable amount of Beaufort County natives moving to the Moss Landing neighborhood as there are people native from areas outside the county.

Washington, Wiley believes, is “thriving” which is why people want to move to the area. Moving to the Inner Banks was a distant dream for some who now can make it a reality because the COVID-19 pandemic made working from home or working remotely a common practice.

Development Manager, James Stephenson said a connection to a community is attractive to potential home buyers because it gives them a sense of belonging in a place where you can “walk to the coffee shop where the people know your name to knowing your waiter or waitress’ name.”

In addition to Moss Landing’s second phase, Beacon Street is planning a development project in downtown Belhaven for the spring of next year. It will have a “cottage village” feel, Wiley described.