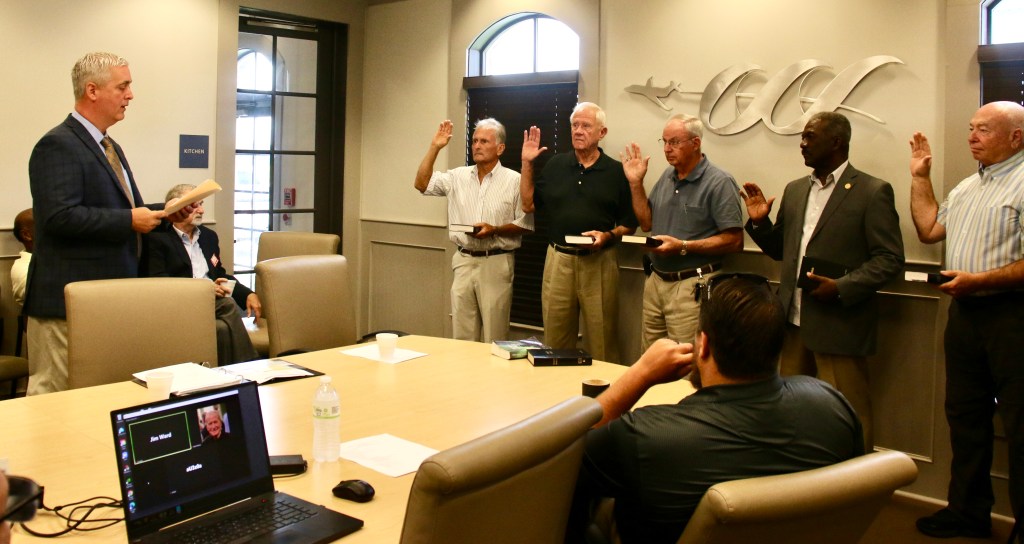 From left to right: Wayne Woolard, Trent Tetterton, Roy Whichard, Bill Booth and Eric Mitchell were sworn in on Tuesday morning (Aug. 16) at the Washington-Warren Airport in Washington. Authority members who are not pictured are Doug Boyd and Bill Plaster. Superior Court Clerk Marty Paramore (left) conducted the swearing in ceremony. Photo by Holly Morgan

On Tuesday morning (Aug. 16), members of the new Washington-Warren Airport Authority were sworn in at the airport. Following, they adopted bylaws which helped the authority take shape.

The North Carolina General Assembly passed a bill in late June which evolved the (now former) airport advisory board into the authority on July 1. This means the City of Washington will remain as  the airport’s sponsor in addition to maintaining ownership of all airport property and the airport will continue to have financial support from the city.