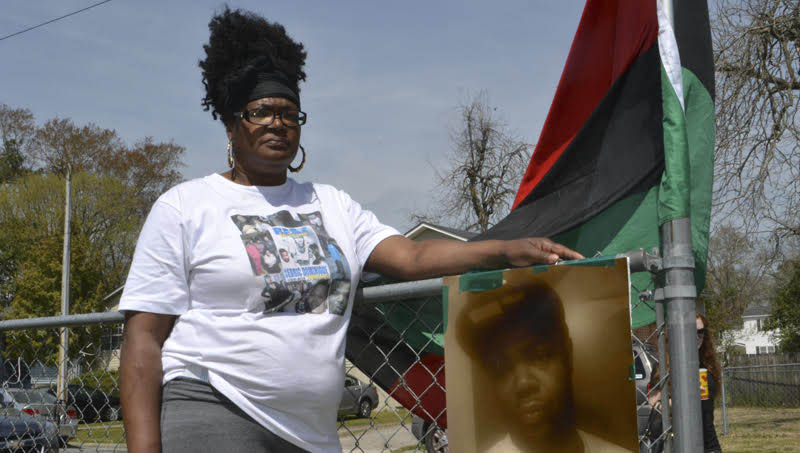 Teresa Pritchard stands beside an image of her son, Cedric Pritchard, who was shot and killed during a traffic stop in Washington in October of 2018. WDN file photo

The City of Washington paid out $185,000 to Teresa Pritchard who was the mother of Cedric D. Pritchard – a 27-year-old man fatally shot by Washington senior patrol officer Aaron M. Mobley in October of 2018 during an attempted traffic stop.

Listed in the minutes from last month’s council meeting is a statement about a settlement reached between the City of Washington and Pritchard. Pritchard would be paid $185,000 and Mobley and the City would receive a full release of any and all claims. Pritchard filed a lawsuit against Mobley and the City of Washington on April 6, 2020. The suit claims Mobley used “excessive force” and alleges he “committed civil battery.”

According to findings published by District Attorney Seth Edwards in March, on Oct. 21, Cedric Pritchard was shot during a traffic stop. He was shot in the back after he got out of his vehicle with a loaded .38-caliber handgun. The same information shared Mobley was familiar with Cedric from former interactions and that Cedric was a suspect in two separate felony assaults that occured on Oct. 19 and 20. Edwards determined criminal charges were not warranted against Mobley, and the handgun Cedric held was justified deadly force, the Daily News reported in May of 2019.