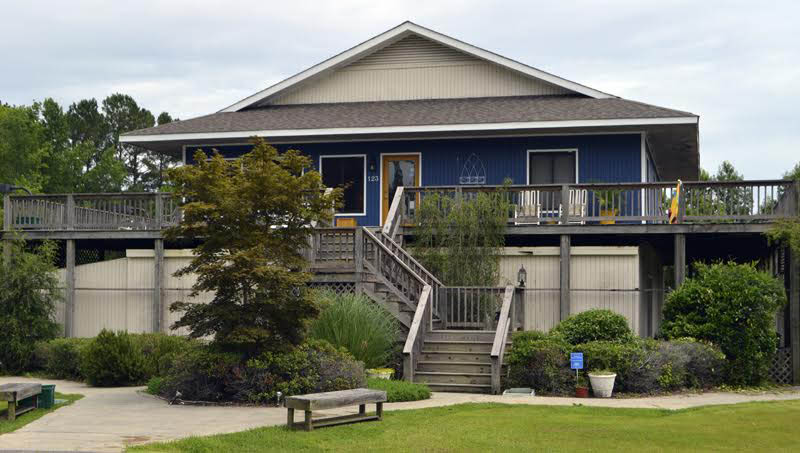 Powell Place will be built on property the Peele's own that was once the location of the former Washington Racquet Club. WDN file photo.

Washington City Council voted 3-1 in favor of construction of Powell Place subdivision. The vote was taken at their regular meeting on Monday, Sept. 12. Mayor Donald Sadler recused himself from the vote, and councilman Mike Renn was absent from the meeting. Councilmembers William Pitt, Lou Hodges and Bobby Roberson voted in favor, but Mayor Pro-Tem Richard Brooks voted against.

Council was required to take and approve a vote on the housing development. A consent judgment, filed on Sept. 1,  required council to vote in favor in addition to the City of Washington paying developers Bill and Dale Peele $50,000. Not only that, but council was required to vote in favor of 20 new homes being constructed on the Peele’s property which at one time was the location of the former Washington Racquet Club that they operated near the corner of Avon Avenue and Atkinson Drive.

As previously reported by the Daily News, Bill and Dale Peele approached City Council in April of last year requesting approval of their proposal to build 18 homes; however, the proposal was rejected despite the planning board recommending council approve it. Council told the Peeles they needed to revise  their proposal by reducing the number of homes that would be built. The Peeles reduced the proposal to 17 homes, but it was denied a second time by council although it was recommended by the planning board to approve it.The city appealed a decision made by the Beaufort County Superior Court to reverse their decision to deny construction of Powell Place. The Peeles filed a lawsuit against the City of Washington.The consent judgment filed earlier this month ruled in favor of the Peeles.

In May of 2021, Bill Peele appeared before City Council showing two versions of a petition against the subdivision. “One version, which was presented to the planning board in Feb. 2021, includes the signatures of the mayor and his wife, Alice Mills Sadler. On the second version, which was presented to City Council in April, Donald Sadler’s signature is whited out,” the Daily News reported in October. Mayor Sadler and his wife Alice live in a neighborhood adjacent to the Peele’s property. The mayor recused himself of all agenda items related to the Powell Place subdivision.